Commit your way to the Lord,
Trust also in Him, and He will do it! Psalm 37:5

Bixler leads us with this thought about commitment: When we have a heart committed to God and His will for our life, then we are living a life of faith and trust in Him. Commitment involves dedication and application. As we grow our relationship with Christ, it is in living a life of faith that defines our commitment to Him, but we must ask ourselves where do we put our faith. Sometimes we find ourselves placing our faith in the provisions God gives rather than in God, The Provider. How often do we ask God for what we want instead of asking God what He wants for us? Our commitment and trust in the Lord reveals a God of perfect promises and lavish love.
"Walk By Faith" by Jeremy Camp - click here for video
Perseverance requires endurance and persistence, especially in times of difficulty and discouragement. In James chapter 1 we are reminded to pray boldly and with faith, to endure life's challenges, and to find joy and contentment in the Lord. We stand firm through trials by trusting God when we cannot understand the happenings. Oswald Chambers writes, "Faith is not intelligent understanding, faith is deliberate commitment to a Person where I see no way." Faith and commitment depend on trusting God's character. Believing God is Sovereign, God is All-Powerful, and God is Faithful in His love must be at the core of our prayers, of our faith. ~ dho
Posted by Breathing Room For My Soul at 3:49 PM No comments:

Jesus said to him, "I am the Way and the Truth and the life. No one comes to the Father except through Me." John 14:6

This week's study on faith brings us to "truth" which we define a something verified, indisputable, and authentic, characterized by faithfulness, perfection, and infallibility. In John 18:33-38, Pilate, the governor of Jerusalem, finds himself face to face with Jesus, face to face with Truth. Pilate asks, "What is truth?" His rhetorical cynicism does not investigate truth or even debate truth; rather, like the philosophy of the culture of Rome, Pilate suggests there is no real truth. The answer to Pilate's question sits right in front of him but goes unrecognized.

After looking at a variety of Scripture in a search for "truth", these are the the truths we embrace: God's word is truth. Christ is truth. Scriptures testify to truth as does the Father. Jesus is The Truth. The Helper, the Holy Spirit is the Spirit of Truth. Christ, called Faithful and True, will come again. Pope Francis writes, "Faith without truth is an illusion; truth without love is cold." Faith is believing God is Sovereign. Faith is believing the Gospel of Jesus is Grace. Faith is empty without truth! - dho


Posted by Breathing Room For My Soul at 1:40 PM No comments:

Oh, the joys of those who trust the LORD, who have no confidence in the proud or in those who worship idols. Psalm 40:4 NLT

Continuing our summer study of faith, Bixler asks, "How would your decisions differ if they were based on just today?" What would life look like if we tried to focus more on today and less on the future? In our discussions, examples of a reduction in micro-managing of situations, seeing the blessings in today instead of missing them by focusing so much on the future, and reducing our anxiety with "all the balls we are juggling". We frequently struggle with control, doubt, and fear that comes from the world as we try to balance these with trusting God, keeping our eyes on Christ, choosing God. Faith always battles the world's 'sure thing'. Faith must ignore what the world worships. Faith is confidence in Yahweh, I AM, the God of never failing promises.

Bloom challenges the Christian to put away old thinking and try new thinking, to consider God's Promises over our human perceptions. Instead of worrying, 'What can [name your struggle] do to me?', with faith ask, 'What can God do through [name your struggle]?'. Even when we do not understand the reason, faith empowers us to trust in God. Life experiences, especially the most difficult ones, teach us about God's Promises. Because God has overcome the world, Christ becomes the victory, brings the grace. His victory over the darkness within the world kindles our faith, affirms our redemption. Christ is the foundation of our faith and our everlasting hope. - dho

Posted by Breathing Room For My Soul at 12:26 AM No comments:

“We, therefore, the Representatives of the united States of America. . . [a]nd for the support of this Declaration, with a firm reliance on the protection of divine Providence, we mutually pledge to each other our Lives, our Fortunes and our sacred Honor.”  from The Declaration of Independence 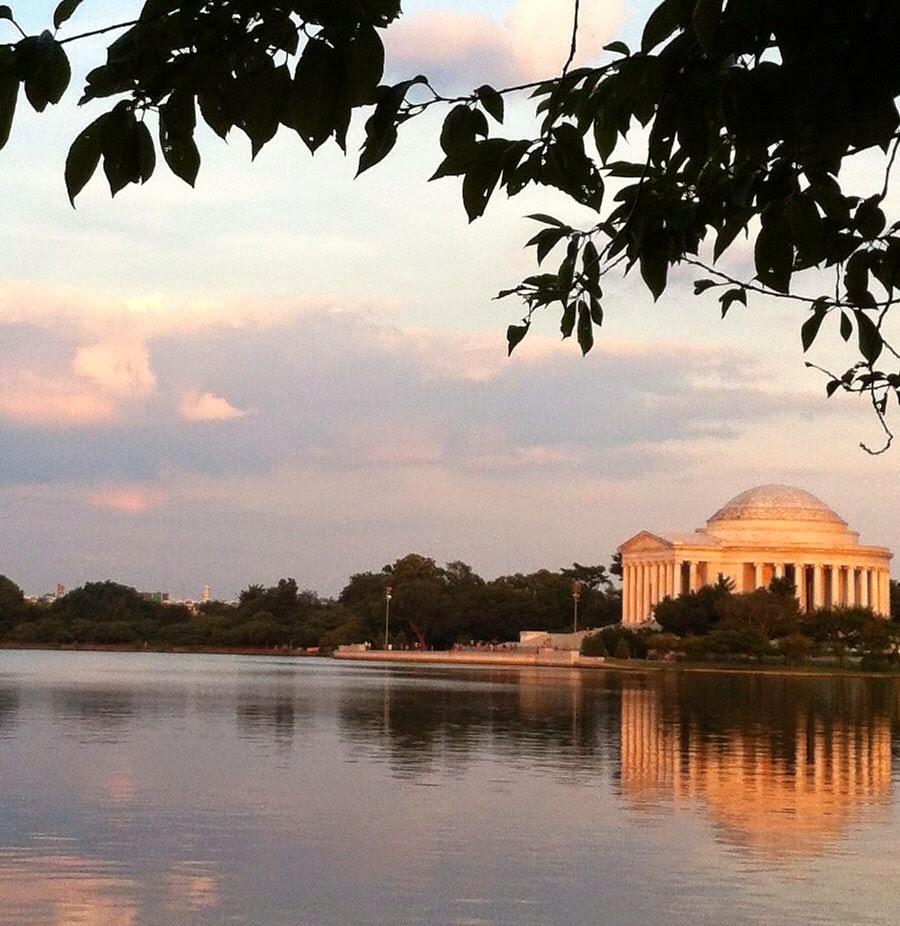 Have you ever wondered what happened to the 56 men who signed the Declaration of Independence?

Five signers were captured by the British as traitors, and tortured before they died. Twelve had their homes ransacked and burned. Two lost their sons serving in the Revolutionary Army; another had two sons captured. Nine of the 56 fought and died from wounds or hardships of the Revolutionary War. They signed and they pledged their lives, their fortunes, and their sacred honor. What kind of men were they?

Twenty-four were lawyers and jurists.  Eleven were merchants, nine were farmers and large plantation owners; men of means, well-educated, but they signed the Declaration of Independence knowing full well that the penalty would be death if they were captured.

Carter Braxton of Virginia, a wealthy planter and trader, saw his ships swept from the seas by the British Navy. He sold his home and properties to pay his debts, and died in rags.

Thomas McKeam was so hounded by the British that he was forced to move his family almost constantly.  He served in the Congress without pay, and his family was kept in hiding. His possessions were taken from him, and poverty was his reward.

At the battle of Yorktown, Thomas Nelson, Jr., noted that the British General Cornwallis had taken over the Nelson home for his headquarters. He quietly urged General George Washington to open fire. The home was destroyed, and Nelson died bankrupt.

Francis Lewis had his home and properties destroyed.  The enemy jailed his wife, and she died within a few months.

John Hart was driven from his wife's bedside as she was dying. Their 13 children fled for their lives. His fields and his gristmill were laid to waste.  For more than a year he lived in forests and caves, returning home to find his wife dead and his children vanished.
~ unknown source

So, this 4th of July remember: freedom is never free! Be thankful for these early patriots, as well as those patriots who fight now to KEEP our freedom! May God bless America, land of the free and home of the brave. ~dho
Posted by Breathing Room For My Soul at 11:18 PM No comments: