In the same way, the gospel is bearing fruit and growing
throughout the whole world—just as it has been doing among you
since the day you heard it and truly understood God’s grace.
Colossians 1:6 NIV 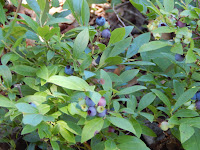 As Paul writes this letter to the church in Colosse some thirty years after the resurrection of Christ, first century Christianity continues to spread despite controversy and conflict for these new believers. The Colossian church, a church plant resulting from Paul's ministry in Ephesus, struggles with some false teachings within the fellowship. His letter comes with encouragement and affirmation to these young Christians, reminding them that their hope is in Christ, that the truth of Christ is sufficient. Paul is reminding them they are called to proclaim the true gospel message to every person.

We need men and women saturated with the truth of God who can re-state the old truth in terms that appeal to our day.         Oswald Chambers

The Greek translation of verse six is literally, the gospel "in all the world has been bearing fruit and growing as it is among you." Perhaps this seems an exaggeration by Paul; however, in slightly more than thirty years, the gospel message "had already spread from Jerusalem to Syria, Greece, Italy, Egypt, and beyond!" Halley's Bible Handbook states, "Within the first generation, the church became established worldwide." When reading the writings of well-recognized Oswald Chambers, we must remember his words were penned at the very beginning of the 20th Century during the early 1900's and still stand true today. The Great Commission remains the same for the 21st century disciple as for the 1st century disciple: tell the true gospel message to all people! We are still called to proclaim the Good News, to "live a life worthy of the Lord and please him in every way: bearing fruit in every good work, growing in the knowledge of God."(Colossians 1:10)  - dho
Posted by Breathing Room For My Soul at 5:00 AM

Email ThisBlogThis!Share to TwitterShare to FacebookShare to Pinterest
Labels: Living the Gospel Series/2017