Freedom of “We the People”

Today is the 4th of July, the day America celebrates independence, remembers the signing of the  Declaration of Independence on July 4, 1776, when "the Continental Congress declared that the thirteen American colonies regarded themselves as a new nation, the United States of America". For those citizens of America, this was the beginning, the foundation of independence. We don't celebrate the the Constitution, signed September 17, 1787, the written footprint of freedom and liberty that empowered and outlined the responsibilities of "We the people". Those beginnings and struggles to define freedom have been followed by decades of great efforts and epic failures to live out this kind of freedom. America is not about a particular place or group of people, rather America is "a radical and unprecedented idea, based upon liberty and freedom for all". (Eric Metaxas, If You Can Keep It) 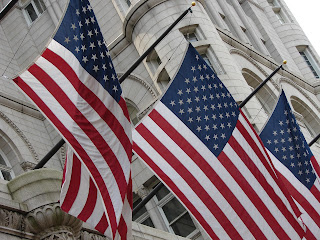 In reading Eric Metaxas’ book If You Can Keep It, The Forgotten Promise of American Liberty, one finds a combination of choices and conflicts within the promises of liberty. The founders of America's document of freedom, The Constitution, believed that "the idea of total religious freedom was paramount." Metaxas writes about freedom and liberty, government and self-government, about virtue and love of country all being part of what formed America's ideals of freedom and what "we the people" must value. He speaks to the fragility of freedom and the uniqueness of America's government. Metaxas describes the heart of America as "the idea of living for others - of showing them a new way of living." We the people of America have often failed each other, lived too often and too long among the brokenness.


America, with its unique government and struggles to live its principles of liberty, continues to learn and evolve. It is not perfect, nor are its citizens; however, all citizens of America are to be included in the "we" - each to share the burdens and to enjoy the goodness. I treasure the freedom to worship as I choose, the freedom of speech to share my thoughts, the freedom to dream and opportunities to achieve dreams, the freedom to respectfully disagree with some and still remain part of this country. Especially on a day that celebrates independence, with both humiltiy and sadness, I do remember that this freedom has not come without its many wounds, some physical, others pyschological, losses that linger, pain that divides.