The Religious leaders told the Roman soldiers: "You are to say, 'His disciples came by night and stole Him away while we were asleep.'" Matthew 28:13 NASB 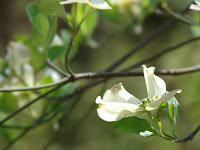 The gospel message in Christian theology recognizes two important truths: Christ died for our sins, and Christ was raised from the dead on the third day. Both are integral truths that must be accepted in order to embrace Christianity. Historical evidence is confirmed by witnesses and the Scriptures. The crucifixion of Jesus leads to death and death to burial; Christ's absence from the grave and eye-witnesses reveal His resurrection. The New Testament's four gospels (Matthew, Mark, Luke, John) have 5 chapters and nearly 150 verses that are dedicated to Jesus' life on earth after death which includes some forty days after His resurrection. About this time, there are two stories; one is false, the other is true.

In Chapter 28:11-15, Matthew records one story. Upon the discovery that Jesus' grave is empty, the Roman soldiers who were to guard the tomb hurry to the Religious leaders, telling them the body is gone! Desperate to maintain their political power and religious influence, they give "a large sum of money to the soldiers" and create a story for them to tell. Despite the story's weakness, they promise the guards to cover for them should Pilate catch wind of the happenings. The soldiers agree, take the money, and begin to spread the cover-up story. The story becomes widely spread among the Jews, "and is to this day." (Matthew 28:15).

When did the soldiers leave the tomb? Were they frightened when the stone rolls away and Jesus appears? Maybe the shiny, bright angels make them flee? We don't know the specifics of their situation, except that the body of Jesus is missing, and they know their lives are on the line. Historically, Roman guards could be executed for falling asleep while on assignment. Whether out of fear or greed, the soldiers accept the bribe, and they tell the story!

The Religious leaders certainly react to their own fears. What if this Jesus is the Messiah? Will others believe He is the Son of God? Those soldiers say the body is missing, so what will we do if the people choose to believe in Jesus? What about our reputations? By creating a conspiracy story, these chief priests agree to help the soldiers, but in reality they are protecting themselves. Power and greed, or at least the need to feel powerful and benefit from greediness, fuel many bad decisions. So, they also tell the story of Jesus' disciples coming to the grave in the dark of night and stealing His body. The story still circulates today.** -dho

Posted by Breathing Room For My Soul at 5:00 AM

Email ThisBlogThis!Share to TwitterShare to FacebookShare to Pinterest
Labels: Pentecost 2016