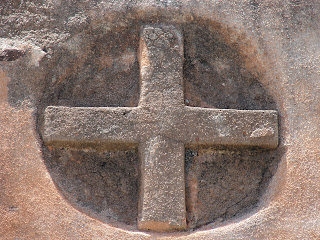 “From these three sons of Noah came all the people who now populate the earth.” [Genesis 9:18-19] Historically, the post-flood roots of civilization come though Shem, Ham, and Japheth. Scholars trace the beginnings of Babel to the days of Nimrod, grandson of Ham. Stopping construction of the Tower of Babel occurs during the Babylonian Empire’s infancy about 100 years after The Flood and around 300 years before the calling of Abraham. The people’s rebellion against God and religious confusion causes God to intervene as God’s kingdom will never be decided by man. The Lord scattered them abroad over the face of the whole earth.

With millenniums between, we find contrasts and correlations between the Tower of Babel and Pentecost. While Babel is man’s attempt to reach heaven, at Pentecost the Holy Spirit comes down from Heaven to be God within us. In contrast, the confusion of languages at Babel fractures relationships, but on the day of Pentecost in Jerusalem there are “devout pilgrims from all over the world” who respond, “They’re speaking our languages, describing God’s mighty works!” God’s Spirit brings unity to the multitude of languages and creates community.

God’s divine redemptive plan will always prevail. Through Grace, God brings people from all over the earth together, no longer divided but spiritually unified despite differences. From “every tribe and tongue and people and nation” disciples take the Good News throughout the whole earth. Glory be to God who can do all things! -dho

Posted by Breathing Room For My Soul at 2:00 AM

Email ThisBlogThis!Share to TwitterShare to FacebookShare to Pinterest
Labels: God Can Do All Things Summer Series