Now the whole earth used the same language and the same words... “Come, let us build for ourselves a city, and a tower whose top will reach into heaven, and let us make for ourselves a name.” ...The LORD came down to see the city and the tower... The LORD said, “Behold, they are one people, and they have the same language. And this is what they began to do”... Therefore, its name was called Babel, because the LORD confused the language of the whole earth; and from there the LORD scattered them abroad over the face of the whole earth.
Genesis 11:1-9 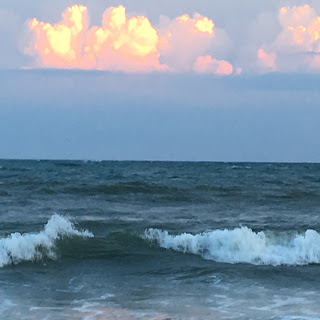 After the flood, the generations of people from Noah’s lineage begin to populate the earth and, in time, begin to seek their own destiny and glory. With increasing arrogance and autonomy, the people celebrate their own greatness and create a sense of “corporate pride”. Substituting their relationship with God and uniting their human efforts, the people attempt to reach God through their own abilities. God intervenes to stop humanity’s willfulness, His power always transcending mankind’s limitations.

The people are trying to build a migdal, a fortified city with a tower reaching heaven. Increasing in unity with each other, they begin to see less of a need for a Creator. Rebellion repeats itself again. First the garden, then the flood, and now the tower, familiar patterns of rebellion and evil and arrogance emerge once again. God intervenes to save the people from themselves. He creates multiple languages, disrupts communication, forces a scattering of the peoples.


God created us for interdependence, and we can find strength in numbers. Yet God will jealously guard His position as our source of strength lest we substitute other relationships for our dependence on Him. - Blackaby

God desires a relationship with us, but this comes through grace, not human effort. We struggle to find the balance between independence and dependence, between courage and complacency, between strength and humility. What we can trust is that God is both Creator and Comforter, both Sovereign and Savior. He calls us to work independently and together but always for His glory. Over and over God rescues us from our selfish ambitions and renews us with His endless possibilities. After all, God can do all things! -dho

Posted by Breathing Room For My Soul at 2:00 AM

Email ThisBlogThis!Share to TwitterShare to FacebookShare to Pinterest
Labels: God Can Do All Things Summer Series