In the late 1500's and early 1600's, Galileo became a scientist that influenced many areas of mathematics, astronomy, physics and philosophy. A devout Catholic, Galileo's understandings of the universe differed with the accepted view that the earth was the center of the universe and the sun and all planets revolved around the earth. Through his studies and observations, he concluded that the earth revolved around the sun. The Pope and the church leaders thought this was heresy. They believed his theories were contrary to the Holy Scriptures. A Roman Inquisition of Galileo forbid him to speak of these theories. Ultimately, he was put under house arrest for the rest of his life. The scientific truth is that Galileo's theory which was proven in time and eventually provided evidence to those who did not believe. Sometimes, giving proof is hard! 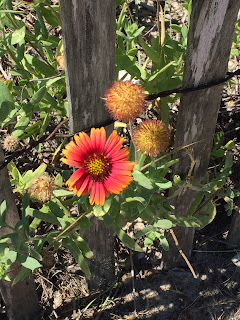 Proof is defined as sufficient evidence for a truth statement. "The Sixth Edition of Black's Law Dictionary" explains burden of proof this way:

Atheists and God-seekers alike want proof of God. Doubt inside our frail humanity shouts its insecurity, "How do you know? What proof do you have? Most often evidence is drawn from our experiences combined with evidence from nature. Even the greatest scholars confess the great mysteries of God exceed explanation. So where's the proof?
A great song from the Christian music artists "For King and Country" is called Proof of Your Love. As I listen, the words remind that WE are the proof - you and me, God's children, those of us who identify with Christ, who call Him Savior. OUR LIVES are the proof that God loves! This very sobering thought raises a new awareness in me. What evidence of Christ does my life offer? Does my life story speak the love of Christ?
An old question asks, "What if you are the only Jesus someone sees?" Those who struggle with walking by faith often expect or demand answers to their theological questions. We respond that the Holy Scriptures reveal God and His plan of Grace through faith for all mankind. While we many not understand all that is written within these God-breathed words, God's message is clear. As Christians we are to love God and love each other. Our most true understanding of unconditional love is Christ! We are called to love as Christ loves! The way we love becomes the evidence that we understand God's message. We are the proof of His love! ~ dho
Posted by Breathing Room For My Soul at 2:22 PM