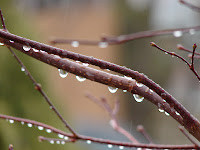 The Book of Jeremiah reveals much historical and biographical information, to include many specific dates and events. Jeremiah is born during the reign of King Manasseh, but God calls him to be a prophet during Josiah’s thirteenth year as King, eras of both rebellion and reformation. So, what happens in between? To find out more about these times, look back to 2 Kings Chapters 21-23.

Jeremiah enters the world during a political and spiritual era of rebellion. Considered to be one of the most evil men to ever rule over Judah, King Manasseh is the son of King Hezekiah, a godly ruler. Manasseh begins his rule at age twelve and rules for fifty-five years in Jerusalem, the “longest reign of any king in Jewish history.”[1] During his leadership, idol worship flourishes, altars for Baal and wooden images are built in the Temple. The practice of witchcraft and the occult expands. King Manasseh promotes child sacrifice, to include making “his son to pass through the fire” (2Kg.21:6). Ruthless and wicked thoughts and behaviors prevail in society and his years as king. Upon the death of Manasseh, his son, Amon, continues this evil rule for two years until he is killed by his own servants. Jeremiah grows up surrounded in these unmoral times.

King Josiah, Amon’s son, becomes king at eight and reigns for thirty-one years. He desires to do what is right in the sight of God, and a period of reformation begins. In reading Josiah’s history in 2 Kings Chapters 22-23, we meet the High Priest, Hilkiah, who is Jeremiah’s father. Hilkiah helps Josiah in many ways to restore the Temple and reorient the people to the one true God. Over the next years, the idols and images and shrines are destroyed, and the Temple restored. Although the consequences of disobedience looms, the faithfulness of Josiah brings a renewed reverence for the Covenant, the Book of the Law, and the traditions of God’s chosen people. In the eighteenth year of Josiah’s reign, the Passover is once again celebrated. God recognizes Josiah as “no king like him, who turned to the LORD with all his heart, with all his soul, and with all his might.”[2] Jeremiah is five years into his calling as a prophet and maybe the possibility for a change of heart in the people.

In the Old Testament, prophets use “these three strands of truth to weave their message together: past sin, present responsibility, future hope.”[3] Jeremiah attempts to do follow this pattern. This week we see Jeremiah bring God’s message to the people in city of Jerusalem, a message that presents God’s indictments and verdict.

In Chapter 2, Jeremiah delivers God’s message which describes in detail the failures of Israel: 1) worship of other gods 2) forgetting God’s promises and 3) provisions 4) the priests did not protect God’s word – did not teach God’s truth, did not lead the people 5) and the false prophets taught about Baal and other foreign gods. God admonishes both the political and the spiritual leaders.

God charges Israel, this generation, and the next saying, “My people have exchanged their glorious God for worthless idols.” Using imagery, God explains the people have left the “fountain of living water” for “broken cisterns”; they are abandoning God, the life-giving, living water, for “broken cisterns which can hold no water”. Promises to God are broken and disrespected.

God’s people find themselves in trouble. Over 800 years since rescued from Egypt, God continues to seek them, to provide and protect, to rescue and redeem, but the people still choose their wicked ways and live according to their sinful habits. The verdict: Judah chooses false gods and abandons the one true God. God’s replies, “Behold, I will bring you to judgement and will plead against you because you say, I have not sinned.” (Jeremiah 2:35 AMP)

In thinking about the historical times of Jeremiah’s growing up and starting out as a prophet, I see the contradictions of his world with his family, his calling, his obedience. While the world Jeremiah is born into reeks of wickedness, his father, Hilkiah the High Priest, likely gives him a foundation, teaches him the word of God, tells him the stories of his people and their traditions. This becomes the foundation of faith that will prepare and carry Jeremiah into his role as prophet.

Trying to decide what is good and what is evil can be hard, no matter the century. Today, is no different than then. In fact, all the centuries bring their own spiritual and social unrest, poor decisions, and stressful events. Wars and diseases and unemployment and unfair labor practices are constant challenges throughout history. Add in religious indifferences that influence moral choices, both before and now, we find ourselves facing the same personal conflicts and contradictions. The heart often deceives us, tricks us into following the masses or taking short cuts. And, if I am honest, I do not like when I am confronted with my failure to stand true to my stated beliefs, with my denial, with my weaknesses, with my attitude, with my bias, with my apathy.

God confronts me and makes His case against my failures. Fortunately, as a Believer in Jesus Christ, God has given me grace and consistently forgives me; yet, the lesson must go further. I must change my heart and live the truth of God. My life must reflect my faith, not only in my words but in my actions. About hundred years before Jeremiah, Isaiah confronts Israel’s apostasy. Today, about 2,600 years after Jeremiah, God confronts me, teaching me where I need to improve, how to live more like Christ. The word of our God stands forever. (Is. 40:8)

Warren Wiersbe said, “Any decisions we make that are contrary to God’s plan will lead to bondage, because only the truth can set us free.”

** A few people have told me how they have started Study Journals for Jeremiah. I hope you will find a similar way to record your notes and reflections and applications each week. - dho