The Potter and The Clay 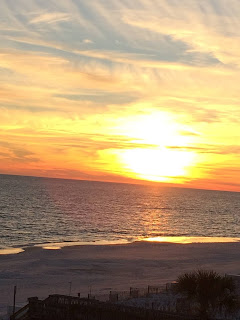 The time in history for Chapters 17-20 in Jeremiah is estimated to be around 609 BC.[1] There are many sources, many timelines, many outlines for Jeremiah and various conflicts with many. The chronological order of Jeremiah does not follow a sequential timeline; however, history does have some certain records of this period in Judah’s history.

Judah is a nation that exhibits political and economical success but is entering a critical point. Military powers of Egyptian and Babylonian empires are gaining strength. “Assyria’s capital city, Nineveh, fell under the onslaught of a coalition of Babylonians and Medes in 612, Egypt (no friend of Babylonia) marched northward in an attempt to rescue Assyria, which would soon be destroyed.”[2] Trying to stop Egypt, King Josiah dies.

When King Josiah, the king who begins a spiritual revival in Judah, dies in 609 BC, Jeremiah is about 35 years old. Much of the prophet’s messages centers around the theme of Judah’s broken covenant with God. Josiah’s efforts, while widespread and sincere and hugely significant, pass with his death. The people, many of whom only pretending to reform, simple return to their pre-revival mode. In the window after Josiah’s death, his son, Jehoahaz, takes the reign but only for 3 short months and Egypt’s Pharaoh Necho puts him in prison. Then Necho makes another son of Josiah the king, Jehoiakim. At this point, Necho takes Jehoahaz to Egypt where he dies.[3] Jehoiakim pays the imposed tax from Pharaoh and increased the taxes, giving the extra money to the Pharaoh. All the while, Jehoiakim does “evil in the sigh of the LORD”.[4]

Jehoiakim reigns for 12 years (609-597). The end of his reign is the beginning of the Babylonian take-over. In 597, the Babylonians take their first prisoners. Judah’s exile begins, although it will be another long 10-11 years of capture and destruction until Jerusalem’s final fall in 586 BC. During these final years, Zedekiah, the last king of Judah watches it all fall apart.

“Over thirty words in the Hebrew vocabulary relate directly to pottery because the manufacturer of pottery was a major industry in the Near East in that day.”[5] The opening is a familiar passage, “Arise and go down to the potter’s house.” The image in the opening verses of Chapter 18 is of a potter, at a wheel, working the clay into a vessel. When it takes an undesired turn, the pottery simply reshapes the clay “ into another vessel”. Like Jesus who frequently uses familiar agricultural example, here Jeremiah is given the familiar image of pottery. The potter’s power over the clay equates to God’s sovereign authority over nations. The problem is not with the potter, “the problem is with the clay: that is the people.”[6]

Once again, we see a series of verses about the evil choice of the people and how God would like to relent and not bring disaster, but because of their wickedness, He is still “planning a disaster and devising a plan against” them. (v 11) God always stays in character, consistent with His nature, acting with holiness, justice, and wisdom. Still, God’s will remains a mystery to humanity, not deserving of an explanation.

Judah’s reply, “That is hopeless!” So, they decide to continue with their own plans and hoping the false prophets are right. The beginning of verse 13 gives us the Scriptural pause ‘therefore’. God’s message continues using strong language to remind them why: because you “burned incense to worthless gods” and stumbled “from the ancient paths”. God continues that He will make “their land desolate” and scatter them “before the enemy”. His consistency stands in stark contrast to the inconsistency of humanity. Time after time, the people are willing to take God’s blessings but ignore the laws of God that bring the blessings.

Hope lies in the possibility of repentance, individually and nationally. As long as God is calling to us, we have hope. “No failure in our lives need be fatal or final, although we certainly suffer for our sins. God gave new beginnings to Abraham, Moses, David, Jonah, and Peter when they failed. He can do the same for us.”[7]

The Master Designer is creating a beautiful vessel! Somewhere, during some revolution of the wheel, the vessel begins to change, hard to say just how or why or when. Efforts to reshape the broken vessel do not go as hoped. Perhaps, the Potter will have to remake the original vessel into another vessel, one that pleases Him more.

He holds each of our broken vessels and longs to repair them. Knowing we are tenderly held in His Hand gives me great peace. I believe He takes us like clay, mends the broken parts and creates new vessels that will be better ~ stronger and braver, more compassionate, more generous ~ not perfect, but more graced!

Holy Potter ~
Take me in Your hand like clay, make me into a vessel that reflects Your Glory. Mold my words into deeds of kindness and compassion. Shape my heart with Love, my soul with Light. Glaze me with Grace. Put me in Your kiln and let the holy fire refine me, seal me forever. When anyone mentions the wonder of Your craft, I shall always praise the Holy Potter! I shall tell them of the Love and Light and Grace that comes only from Your hand. Amen!

Wiersbe Study Bible commentary says this: God uses many different hands to mold our lives – parents, siblings, teachers, ministers, authors – and we can fight against them. But if we do, we’re fighting against God.