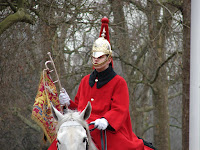 What is culture? Various dictionaries define culture as the customs, social institutions, arts, and achievements of a particular nation, people, or social group. We recognize culture as “a way of life” or more simply the way a group of people do things. Culture represents belief systems and social practices of a group while society is the people who share these common beliefs and customs. Economic and political factors can influence both culture and society. Culture and society exist together.

“Culture is the combined characteristics and knowledge of a group of people, encompassing language, religion, cuisine, social habits, music, and arts.”[1] Jeremiah begins his ministry during the thirteenth year of King Josiah’s reign. The spiritual and ethical revival of Josiah changes the outward and emotional tone for the culture, but after Josiah, the undertones of truth remove their masks. There is an open shift back to idol worship and false assurance from political and religious leaders. The increase in cults of Canaan and a zealous disrespect for God dominate the culture, even attempt to normalize these dark practices. These swings in political and religious leadership strongly influence both culture and society.

As a small land, Judah remains conflicted in her allegiance to either Egypt or Babylon. The powerful Assyrian Empire, who captured the Northern Kingdom in 722 BC, falls to the Babylonians, just over a hundred years later. As Jeremiah’s ministry continues, kings come and go while an era of materialism and economic prosperity and social injustice dominates the culture of Judah. Archaeologists find indications of a significant educational infrastructure in Judah. By the 7th Century, Jerusalem’s population grows, as does its valuable olive oil industry, but becomes a vassal state of Assyria. When Assyria falls, both Egypt and Babylon desire control of Judah, which ultimately leads to the military destruction of Judah.

Commerce and education are significant components in Judah’s cultural heritage, while political and religious leadership frequently intersect. In ancient history, Israel begins as a group of people designated by God as His chosen people. With specific religious beliefs and rituals that define its culture, the Hebrew people evolve and grow. Ultimately, Israel is divided into twelve tribes. Now, only the last tribe, Judah, remains, and its customs and belief systems barely resemble the culture of Abraham, their faithfulness to the One True God fails.

It is good to note that this chapter is an example of chronological differences and incongruities of a timeline in the book of Jeremiah, some back and forth historical recording of events outside of chronological order. “One possible explanation of the time-leaps here is the fact that Jeremiah made many additions to his writings when he replaced the scroll destroyed by King Jehoiakim (36:32).[2] Apparently, much of Jeremiah’s messages are “arranged by subject rather than by chronology.”[3] Jeremiah 21-23 are designated as prophecies against Judah.

Many Jeremiah’s messages are to special people. In Chapter 21, we see this message is to the leaders of Judah: to King Zedekiah and Pashhur “one of the court officers”[4] and Zephaniah, a priest. Some scholars believe this event recorded in Chapter 21 probably takes “place in the year 588 BC when the Babylonian army camped around the walls of Jerusalem.”[5] Zedekiah is a weak king who rebels against the Babylonian king Nebuchadnezzar and now finds the situation desperate. He desires Jeremiah put in a good word for him, to “inquire of the LORD for us” in hopes Nebuchadnezzar would leave them alone.

God says no! The Chaldean (Babylonian) army will come – even into the middle of the city, and Yahweh will allow all of this. “Judah’s military would be ineffective against the Babylonian Army.”[6] How will this happen? Destruction will come by pestilence, by sword, and by famine. According to the original Hebrew, this can also read, by pandemic, by war, by starvation.

The terms of the covenant previously agreed upon by God and the Hebrew people never change. Their disobedience would bring His judgment. In verses 8-10 describe the way of life or the way of death. Read Deuteronomy 30:15-20 for the terms of the covenant. Choose life or choose death. To go into exile would be to choose life, to go without outward symbols and depend only on God and His promises. In verse 9 Jeremiah recommends surrender, but this singles him out as a traitor. This incident is also recorded in Jeremiah 38:1-6 and ends with Jeremiah being arrested. Choose life is the message!

The last message addresses the House of David (vs 11-14). “David and his dynasty are mentioned only in this verse in Jeremiah; ‘house of David’ appears only eight other times in all the prophets. Jeremiah is calling those in this royal line to follow example”[7] in doing what is right. In The Message verse 11 gives instruction for the House of David or the King of Judah and reads, Execute judgment in the morning, and deliver him who is plundered out of the hand of the oppressor. “Within Israelite traditions, one of the main duties of the King was to ensure that justice was practiced throughout the land.”[8] Clearly, the King Zedekiah fails.

So here's what I want you to do, God helping you: Take your everyday, ordinary life - your sleeping, eating, going to work, and walking-around life - and place it before God as an offering. Embracing what God does for you is the best thing you can do for Him. Don't become so well-adjusted to your current culture that you fit into it without even thinking. Instead, fix your attention on God. You'll be changed from the inside out. Readily recognize what He wants from you, and quickly respond to it. Unlike the culture around you, always dragging you down to its level of immaturity, God brings the best out of you, develops well-formed maturity in you. Romans 12:1-2 The Message

The old hymn, Jesus Is All the World to Me, begins, Jesus is all the world to me, my life, my joy, my all; each verse ends with He's my friend. The words of this hymn reinforce the theology of living a Jesus-Centered life. In times of sadness, trials, and blessings, at beginnings and endings, and into eternity, Jesus provides everything we need. This divine promise for us hinges on whether we make Jesus the center of our world or not. The world stands full of contradictions and excuses luring us away from an intimate relationship with Jesus.

To become a living and holy sacrifice, an offering to God, one must accept the cost of obedience. The world's prince, Satan, never reveals the price of disobedience; rather, he charms the mind with unattainable more, teases the heart with fading hope, and leaves the soul with elusive satisfaction. To conform to culture's expectations only fuels futility, but through the Holy Spirit comes a spiritual transformation that is the foundation of discipleship. A Jesus-Centered life merges righteousness and holiness combining spiritual worship and holy living.

God's Grace opens the door to having a Jesus-Centered life. Our response comes next. Peterson's The Message describes how to take our everyday, ordinary life and embrace God! To recognize God in a culture that proudly denies Him, to give generously within a culture that takes selfishly, to hold faithfully to God's promises in a culture that persecutes His truth, to value life surrounded by a culture that marginalizes weakness, to love others more boldly than culture hates God - THIS is to be transformed by Jesus. When one truly embraces God, every aspect of living should reflect Christ's Light into the world. Then the soul can sing, "Jesus is all the world to me, my life, my joy, my all. . . Eternal life! Eternal joy! He's my friend!"