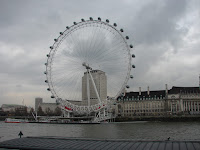 Baruch, the scribe, the son of Neriah, and Jeremiah’s secretary, comes from a respected family in Jerusalem. Serbiah, the brother of Baruch is “a minister to King Zedekiah”.[1]  In 1978, the seals of the two brothers, the bullae, are discovered in an Archaeological excavation. “The bulla of Baruch reads to/from Baruch//son of Neriah//the scribe.”[2] In the seal, the title, hspr, “indicates Baruch’s position as a royal clerk.”[3] Mentioned three times in association with Jeremiah, some scholars credit Baruch with recording the “autobiographical chapters” of Jeremiah.

Baruch is mentioned in Jeremiah Chapter 32 in the role of preserving the deed of purchase of the field in Anathoth. Possibly having visited Jeremiah in prison after the land deal, Baruch is entrusted with the legal documents. In Chapter 36, Baruch writes the scroll and reads it to the people in the Temple. When the scroll is read to the king, the king destroys it. Baruch, along with Jeremiah, goes into hiding and rewrites the scrolls.

From the tribe of Judah and friend of Jeremiah, Baruch demonstrates bravery and faithfulness to God’s prophecy. “Postexilic Judaism elaborated on his character, attributing to him the composition of one apocryphal book.”[5] The Book of Baruch, a book in the Apocrypha, is accredited to Baruch. Writings of this book are found in the Septuagint, the Greek translation of the Old Testament. Believed to be from an influential family, most commentators believe Baruch and Jeremiah are taken to Egypt at the fall of Jerusalem.

This is the last of the chapters (30-33) that make up the Book of Consolations, the grouping that expresses the promise of restoration for Israel, that gives much focus to the messianic promise.

Jeremiah, still imprisoned, asks God for guidance. The reply to Jeremiah comes in a familiar verse, “Call to Me, and I will answer you, and show you great and mighty things, which you do not know.” And what are some of these unknowns? “The Lord gave [Jeremiah] further words of assurance and encouragement – promises that relate to the end times.”[6]

Jeremiah brings a prophesy to Judah that the fall of Jerusalem is coming followed by hope, “Behold, I will bring health and healing… the abundance of peace and truth.” (v 6) The captives will return, both Israel and Judah, meaning people from all the tribes of Israel, so they can rebuild. God expresses His plan for the rescue and redemption, for the forgiveness of their sinful rebellion. They will “be a testimony to all the nations of the world of the marvelous goodness and all the prosperity of God.”[7] Jerusalem and the people of Judah will be a light to the world, a light of glory for God.

In these verses, we see restoration where there has been rebellion, pastures where there has been destruction. Joy and gratitude will replace sorrow and disobedience.   “Since these blessings didn’t come during the postexilic period, we have to believe they will be realized when the Lord returns and restores His people and their land.”[8] The greatest blessing will come when the Lord promises, “I will perform that good thing which I have promised to the house of Israel and to the house of Judah… a Branch of righteousness… THE LORD OF OUR RIGHTEOUSNESS.” (vs 14-6) This promise speaks to the end times when people will “call Jerusalem The Holy City.”[9]

This righteous branch is referred to previously in Jeremiah 23:5. The Messiah will execute justice and righteousness in the land. This new and final messianic king will be a mediator of righteousness. This great leader will be both king and priest. The Book of Consolation concludes with the image of unmeasured possibilities. God’s covenant with Abraham and his descendants continuing through David and his descendants will be fulfilled with the resurrection of Jesus Christ. The covenant of God promises, “I will have mercy on them.” This future promise of grace reveals a future Promised Land of eternity.

“This is the record of the ancestors of Jesus the Messiah, a descendant of King David and Abraham:” Matthew 1:1 NLT

For centuries, prophets deliver the Lord’s decrees to prepare, instruct, discipline, and encourage the people of Israel. In times of disobedience, crisis, war, famine, captivity, and in times of celebration, peace and abundance, God’s presence dwells with to those who seek Him. Then, a period of 400 years of silence passes as the people continue to wait for the coming of the promised Messiah. In the decades leading up to the Messiah's birth, Rome controls Jerusalem, and its own Herod the Great rules Judah, while Cleopatra rules Egypt. Matthew’s record of the ancestors from Abraham to the Messiah reveals God’s Promise arrives through a diversity of peoples, generation by generation.

Some of the ancestors are heroes of faith while others are outcasts; some are simply ordinary people, and others leave a trail of sinfulness. God is not limited by time or place, race or gender, nor is His work limited by human frailty. He is a God of forgiveness and new beginnings. God calls each of us to be a part of His Master Plan. God, sometimes I must wait through the seemingly endless silence. When I want to rush ahead, give me patience to endure, faith to trust, and wisdom to listen. Count me alive in Christ. Give this ordinary person extraordinary possibilities.

When we wait in silence or what seems like endless chaos or even in the boring ordinary of life, the end results are frequently hidden. The struggles are real, and unfulfilled promises can make us cynical, despondent, frustrated, or simply weary. What are the options?

For me, I see two. Wrestle and whine with all the feelings or look ahead to a better possibility. I admit that maybe seeing the glass half full is more my nature. Trying to take note of circumstances I cannot change, I look for ways to go around, to soar above, or simply survive through. For me, I find I can only do this with God’s strength and wisdom and grace.

How about you? What works for you? (and... can you identify what does NOT work?)

[4] Eerdman’s Dictionary of the Bible, Baruch