Into the Hands of the Enemies 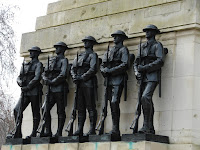 Lachish, a royal citadel and ancient city of the kingdom of Judah, is located SW of Jerusalem. This old Canaanite city that is captured by the Israelites under Joshua’s leadership (Joshua 10:31-33) becomes a strong fortress of Judah (920 BC) during the reign of Rehoboam, Solomon’s son. In Micah 1:13, the prophet warns Lachish of the coming destruction from Assyria and the spreading of destruction to Judah. Ultimately seized by the Assyrians and later destroyed by the Babylonians under Nebuchadnezzar in 587 BC, Lachish will be conquered. Mentioned in Nehemiah 11:30, post-exiles resettle the city.

Lachish, located between the coastal plain and the hills of Judah, is “surrounded by deep valleys on all sides.”[1] The “inner wall is over 12 feet thick”[2] which provides good security. “Communication by tablets in cuneiform script”[3] have been found, proving the essential “internal communication”[4] format. Ostraca, ancient pottery sherds with writing on them, are unearthed by archaeologists and become part of the Lachish Letters.

The Lachish Letters, partially discovered in 1932-39, are written in classic Hebrew script. Archaeologists also believe Lachish had been burned because of extensive charcoal debris found. Believed to be modern-day Tel ed-duwier, Lachish remains “one of the most significant sites of the Holy Land”.[5] The “early Hebrew writings on bowls, seals, a stone altar, and 21 pottery sherds on which were written letters about the attach on Lachish and Jerusalem by Babylon in 586 BC”[6] have been excavated.

This group of 21 pottery sherds is known as the Lachish Letters. In one letter, the message says, “Signals from Azkaban could not longer be seen.”[7] The archaeologists’ find leads scholars to believe it had been written “shortly after the events noted in Jeremiah 34:7”.[8] Today, this piece of potsherd and its inscriptions is included in an exhibit at the Israel Museum in Jerusalem.

Chapter 34 can be marked on a timeline about 588 BC and brings a warning to Zedekiah. Nebuchadnezzar and his Babylonian army revels in a successful military campaign. Lachish, 23 miles SW of Jerusalem, and Azekah, 18 miles from Jerusalem, remain the last two “fortified cities” to fall. Along with Nebuchadnezzar, he instructs many vassal countries to also send soldiers.

The LORD tells Jeremiah to speak to Zedekiah and bring the bad news. Jerusalem is to be given to Babylon, and the city shall be burned. While Zedekiah would not escape, he would live to see Nebuchadnezzar “face to face” and then be taken to Babylon. Zedekiah would be spared death “by the sword” and die in peace, but as a captive in Babylon.

This chapter recounts Zedekiah’s renewed promise to honor the covenant and with “all the people of Jerusalem” to free the Hebrew slaves. There had been a change of heart, and he “made the male and female slaves return.” (v11) Historically and to be obedient to the Law of Moses (Exodus 21:1-11), the Hebrew people are to free all slaves after seven years. Although, this had not been observed for a number of years, they tried to resume this, perhaps to see the favor of God. In verses 15-16, God confronts their disobedience. God restates the outcome of the Babylonian invasion and Judah’s captivity because they did not keep their promises.

We see the description of the covenant ceremony (v 18-19) which is the same ceremony between God and Abraham (Genesis 15:7-21). This ancient ritual seals a covenant, signifies an oath. The chapter ending brings images of death and doom to those breaking their promises. Zedekiah and the royal family will be taken into captivity. Jeremiah’s prophecy is being fulfilled.

Only those who are innocent and who do what is right. Such people speak the truth from their hearts and so not tell lies about others. They do no wrong to their neighbors and do not gossip. They do not respect hateful people but honor those who honor the LORD. They keep their promises to their neighbors, even when it hurts. They do not charge interest on money they lend and do not take money to hurt innocent people. Whoever does all these things will never be destroyed. Psalm 15:3-5 NCV

Christians demonstrate their relationship and fellowship with God in the everyday, ordinary, getting-up, going-to-work, having-lunch, sitting-in-car line, helping-with-homework, cleaning-the-kitchen-again activities. Worshiping God is not confined to the church building. When our inner integrity merges with our outward sincerity, the heart reveals its true intimacy with Jesus. Desiring to serve or wanting to love, wishing for faith or longing for hope, simply is not enough. Behavior becomes the thermometer for our worship. Integrity exceeds doing what is right by doing it for the right reason. Sincerity has only room for truth, honor, and love. Are you lukewarm?

"In the stillness, our false, busy selves are unmasked and seen for the imposer they truly are." Richard Foster, Prayer, Finding the Heart's True Home

If we take inventory of our behavior, what will we find? What happens when we remove our masks? Our exposed frailties and bare excuses reveal control, busyness, apathy, carelessness, greed, prejudice, rationalization, self-consciousness, fear, anxiety and more. The simplicity of Psalm 15 lays out the characteristics for one who desires to abide in God's presence, to live with sincerity of His purpose. So, take off the masks. Work, speak, and think, making Christ the center of your intentions.

"He who does these things will never be shaken." Psalm 15:5 NASB

This phrase, a promise of a faithful God, appears at least 8 times in Psalms and Proverbs.The Hebrew word mot describes something that "falters, falls, shakes, slips, or staggers." With these last words, God reminds us that our completeness in Him; He is our sure foundation. In our weaknesses, we are certain to falter, likely to fall, sometimes shake, and frequently stagger; yet God embraces our frailties and failures with mercy. God calls us, first, into His holiness to restore our inward integrity, then reveals Himself to others through our outward sincerity. God calls us to walk among the bruised and broken, sit beside the outcasts and overlooked, encourage the frail and fallen. We are to do this with sincere hearts in the name of Jesus, knowing we will never be shaken.

The people of Judah try bargaining with God once times get tough – then change their ways when everything gets easier.