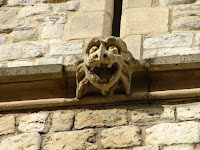 From a priestly line, Jeremiah probably has spent much time learning the oral traditions and religious ways. Instead, God appoints him to be a prophet to the nations. While the book of Jeremiah records God’s messages and Jeremiah’s ministry, we only glimpse Jeremiah’s own theology from his writing, his sermons, and his faithful endurance. Jeremiah is truly a prophet of courage.

Theology means the study of God, and what a person believes about God is a person’s individual theology. In looking at Jeremiah, from the beginning in chapter 1, we see his understanding of the sovereignty of God. Sovereignty comes as God knowing him in the womb and appointing him for a specific purpose, and also believing God will always deliver him. “They will fight against you, but they will not overcome you, for I am with you to deliver you, declares the LORD.” (1:19) Jeremiah understands God to be the all-powerful, almighty true God. Jeremiah is a prophet of hope.

“No OT prophet faced more opposition from false prophets than did Jeremiah.”[1] In chapter 4 (19-20), Jeremiah suffers for his message and the rejection he receives. Broken heartedness and sorrow occur throughout his ministry. Lamentations of his loneliness and sadness are striking. Jeremiah is often called the weeping prophet.

Jeremiah frequently expresses his belief that God is righteous in His judgments. Believing God loves Israel as His people furthers the reasons that God is both just and kind. Most of God’s messages Jeremiah delivers includes descriptions of Judah’s sins of idolatry and disobedience. Despite the gloomy predictions, Jeremiah trusts in God’s righteous judgment. Often alone, told not to marry or have children, his own obedience leads him to be called the solitary prophet (16:2)

Recognizing the human heart is sick, Jeremiah believes the answer is found only in God. “The heart is more deceitful than all else and is desperately sick, who can understand it.” (17:9) Jeremiah acknowledges that God searches the minds and hearts of humanity and is the only hope. “Over one hundred times, the prophet calls” the people ‘to repent’. Such change can only come when they seek the LORD.”[2] These rebellious people and culture makes Jeremiah the most despised prophet.

Prophecy of the New Covenant describes a God who loves, who promises both forgiveness and restoration. The New Covenant in chapter 33 foretells the Messiah, which he also mentions in chapter 23 as the “righteous branch”. God says He will put the law in the heart and write it on the heart. Emphasizing this New Covenant and God’s immense grace, we see Jeremiah as a prophet of the heart.

While the book of Jeremiah bings a consistent message of repentance and hope, the people choose to disobedience and idolatry. The messages of gloom and doom evolve because of their unrepentant hearts which brings an unfortunate outcome of captivity and exile to a foreign land. A ministry of forty years bringing the same message suggests a patient God, one slow to judgment, generous in love. Jeremiah recognizes that the fall of Judah is the result of a broken relationship with a ever-faithful God of promise. He chooses to believe in the one true God and is faithful through all the despair. The prophet Jeremiah’s theology believes, trusts, and speaks for the ever-present God of redemption and restoration.

“Jeremiah was called from the very beginning of his ministry to be a prophet to all the nations (1:5, 10), so it is not surprising that he also has messages from Yahweh that pertain to other nations.”[3] Yahweh, the one true God, is not only God of Judah or Israel, but over all nations, over all peoples of the world. In chapter 48, Moab “receives a disproportionately long oracle” showing a “dozen similar phrases with Isaiah 15-16, in addition to other prophetic books that address Moab” to include Amos, Zephaniah, and Ezekiel.[4]

Moab’s failures include self-sufficiency, self-satisfaction, and arrogance regarding wealth and power. Moab finds fault with Israel and profaned Yahweh. “Twenty Moabite cities are singled out”[5] in this prophecy. This chapter has a “number of textual difficulties” along with “division among scholars as to how much is poetry and how much is prose.”[6] Historically, Moabites’ ancestry can be traced back to Abraham’s nephew, Lot, who is considered “the father of the Moabites (Gen. 19:37). In Scripture, perhaps the most well-remembered Moabite is Ruth, the widow who follows her mother-in-law, Naomi, back to Judah and remarries. Ultimately, Ruth’s new husband, Boaz, become the great grandparents of King David. Ruth is one of four women named in the ancestry of Jesus (Matthew 1:5).

Woe or weeping, both mourning and wailing will be the loudest sounds as Moab suffers death and destruction. Geographically Judah’s neighbor, Moab is east of the Dead Sea, on a plateau rising 3000 ft. above sea level. Nebo (v 1), the mountain where Moses views the Promise Land (Dt. 32:49, 34:1), gives a reference for Kiriatham, a nearby town. Also named is Chemosh (v 7), a Moabite god. In 2 Kings 3:27, during the time of Elisha, King Mesha offers his oldest son to the Chemosh trying to get this deity to help him in battle. Dramatic imagery of an enemy who will “tip vessel” over and “empty his vessels” and “shatter his jars” (v 12) suggests massive destruction. Wine jars becomes the perfect representation for Moab since this nation is recognized for its vineyards.

While this chapter is full of poetic imagery and phrasing, various other cities are named. In addition to Judgment for pride and arrogance, now a longstanding habit of making jokes at Israel’s expense will punished. No more fertile vineyards, “lush Moab stripped of song and laughter” (48:33, The Message) will lay silent. Signs of mourning will be seen in shaved heads, short beards, and sackcloth. The eagle (v 40) represents Nebuchadnezzar, both swift and strong. “Moab will be destroyed from being a people because he has become arrogant toward the LORD.” (v 42) Despite all the wickedness and disobedience, God’s message ends with hope, “Yet I will restore the fortunes of Moab in the latter days.” (v 47) “In the latter days” suggests when “the Moabites will take refuge in the Messiah.”[7] Today, Moab’s territory is in the Arab country of Jordan in the Middle East.

And the Word became flesh, and dwelt among us, and we saw His glory, glory as of the only begotten from the Father, full of grace and truth. John 1:14

The season of Advent, meaning to come, finds us waiting to celebrate - once again - the arrival of the baby Jesus on Christmas. This promise of the Messiah spans generations, but when He does arrive, the first Advent, it changes everything. Tender manger scenes contrast the glorious angels singing. From the moment Truth enters human history, the story celebrated becomes Jesus loving us with compassion and tenderness while all of heaven celebrates Perfect Love. We light the second candle today to celebrate with all of heaven that salvation for mankind comes into the world, comes for us. From before time until time to come, God envelops us with love.

Incarnation describes God's glory dwelling with His people. In the Old Testament, God's Glory, His shekinah, represents His presence in the tabernacle. John introduces Jesus as the Word that becomes flesh and dwells with the people. He is both holy and human, infinite and incarnate. Jesus manifests God's Glory on earth and desires an everlasting relationship with us. Grace comes through Jesus Christ, chooses us, calls us, completes us.

Throughout this week, let your spiritual celebration retrace the Incarnation. When Jesus becomes human and makes His home among us, remember the Bethlehem crowds leave no room for Jesus. After all those years of waiting for the Messiah, into the hurried, overflowing, populous Bethlehem, Grace simply comes. Today's world is no less hectic, occupied, or crammed with busy. Does your life leave room for Jesus? Have you found Jesus in your Bethlehem? Know the unmeasured Grace and faithfulness of Perfect Love when you invite Jesus to dwell in your tabernacle. It changes everything! Love!

God intersects and intervenes in the lives of people who place their faith in Him, and extraordinary things happen. God also uses everyday, ordinary people and events.

Do you place your faith in God?

Identify some the unexpected and extraordinary events in your life where you see the fingerprints of God.

[1] Wiersbe’s Expository Outline on the OT and NT, Intro to Jeremiah