Hear the Word of the LORD 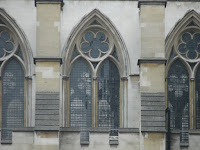 In the third year of the reign of Jehoiakim king of Judah, Nebuchadnezzar king of Babylon came to Jerusalem and besieged it. The Lord gave Jehoiakim king of Judah into his hand, along with some of the vessels of the house of God; and he brought them to the land of Shinar, to the house of his god, and he brought the vessels into the treasury of his god. Then the king ordered Ashpenaz, the chief of his officials, to bring in some of the sons of Israel, including some of the royal family and of the nobles. Daniel 1:1-3

This account in Daniel marks the Biblical timeline about 605BC, when Nebuchadnezzar attacks Jerusalem and takes King Jehoiakim and other Jewish captives to Babylon. This earlier deportation of Jewish captives includes Daniel. Some one hundred-fifty years before, the prophesy of Isaiah (39:7) indicates some of Hezekiah’s descendants will be taken to Babylon and become palace officials. Now this prophecy is fulfilled.

King Jehoiakim, the Judean king from 609-598 BC, is the second son of Josiah and a self-absorbed, tyrannical king. His mother’s name is Zebidah, and she names her son Eliakim, but Pharaoh Necho of Egypt changes it to Jehoiakim. Reigning for 11 years, Jehoiakim becomes king at 25 years old and is the 18th king of Judah. Known for overtaxing the people of Judah for Egypt’s benefit, he is an evil king.

In 605 BC, Nebuchadnezzar takes Jehoiakim prisoner, bound in bronze chains (2 Chronicles 36:5-8), but allows him to return to Jerusalem’s throne, making him a vassal king, Nebuchadnezzar’s own servant-king. Three yeas later Jehoiakim rebels (2 Kings 24:1-2), but God sends many soldiers from various armies to fight against Judah and destroy it as had been the prophecy. For 11 years Jehoiakim reigns, then dies a violent death when his body “having been thrown over the wall of Jerusalem,… is buried beyond the gates of Jerusalem.”[1] Jeremiah’s prophecy of Jehoiakim is fulfilled.

This week in Chapter 22:18-19, we see Jehoiakim’s rejection of Yahweh. In a later chapter, we will see Jehoiakim’s arrogant act of cutting up and the burning of Jeremiah’s first draft of his prophecies. The self-indulgent behaviors and sins of Judah continue to be rejected by God, and a specific message to the royal families and their servants comes in Chapter 22. All the last four kings are mentioned in this passage, “Zedekiah (22: 1-9), Jehoahaz (Shallum)(22:10-12), Jehoiakim (Eliakim)(22:13-19), and Jehoiachin (Coniah) (22:24-20).”[2]

“Go down to the house of the king” may indicate Jehoiakim’s summer palace. Ramat Rahel is between Jerusalem and Bethlehem, a signal point two miles south of Jerusalem, an old Israelite citadel during the late 7th Century BC. And the message? “Execute judgment and righteousness”. The familiar and repeated message, foundational to the covenant, is to do justice and righteousness, deliver the oppressed, do not mistreat or do violence to the stranger, the orphan, or the widow. Do not shed innocent blood. Again, like many other times, it is simply ignored.

It is believed this summer palace demonstrates the excessive materialism and egocentric desires of Jehoiakim. The comparison to Gilead and Lebanon refer to the materials used to build the palace, as both are areas renowned for their cedar forests. He likely uses the people as cheap labor all the while they lack basic necessities. Jehoiakim does what he pleases and gets what he wants. God says, “And many nations will pass by this city; and everyone will say to his neighbor, ‘Why has the LORD done so to this great city?’” The reply echoes again, because the people have broken their covenant with the LORD and worshipped idols.

Look back at Deuteronomy 29:24 and find the exact same words and warning to the same group of people in the days of Moses. To break the covenant by worshiping idols denies the sovereignty of God. The message to not weep for the dead references Jehoahaz or Shallum, the 18-year-old son of Josiah who had been carried to Egypt in 609 BC after 3 months as king.

In vs 13, we see a warning, suggesting the building of one’s house with unrighteousness and injustice. It seems Jehoiakim is more interested in building this palace, perhaps the summer palace, than the crisis Judah is facing. There are references to the windows and cedar paneling. In the early 1960’s, archaeologists find, “the ruins of Beth Hakkerem”[3] or Ramat Rahel (Jeremiah 6:1), the signal point two miles south of Jerusalem. The discoveries include “columns with traces of red paint that formed the banister and railing of a window. Larger capitals were found with recesses at the top for ceiling beams, which were typically made of cedar wood. These finds remarkably match the description of Jehoiakim’s palace in Jeremiah 22:13–15; indeed, Ramat Rahel may have served as the king’s summer palace (Jeremiah 36:22).”[4]

Jehoiakim, like many modern day politicians, profits from the poor while ignoring their cries. His ultimate punishment will be no laments, rather the “burial of a donkey” (vs 18). This essential means no real burial ceremony at all. In ancient times, “a proper burial was critically important, since to remain unburied was considered a dreadful fate.”[5] This prophecy is fulfilled in Jeremiah 36:30. Prophecy continues to tell us that from the mountains to both the north and south the end is coming. This prophecy of captivity (v 22) is fulfilled in 597 BC with the 1st group taken into captivity.

Coniah, son of Jehoiakim and known as Jehoiachin, also has prophecies spoken about him. The image of a “signet ring” signifies a type of seal that is used to authenticate or authorize. God is removing him from having any authority. Coniah is exiled with his mother, Nehushta, and remains in prison as long as Nebuchadnezzar reigns (598-562 BC). While he is called childless, this means that he will have no son, no descendants will sit on the throne of Judah. In fact, Coniah actually has seven sons (1 Chronicles 3:17-18). We find Jehoiachin mentioned in Matthew 1:12 in the ancestry of Jesus. His grandson, Zerubbabel, becomes the governor of Judah (Haggai 1:1, 2:1-9), but not a king. Zerubbabel will return to Jerusalem with Joshua the High Priest and a remnant of people and direct the rebuilding of the temple.

Zedekiah is not the son of Coniah, rather he is a son of Josiah. He succeeds Coniah, when Nebuchadnezzar names him king. These are the last kings of Judah, the last king in the Davidic lineage until Jesus Christ.

For Christ has entered, not into holy places made with hands, but into heaven itself, now to appear in the presence of God on our behalf. Hebrews 9:24

In ancient times, even when the nation of Israel is nearly 1,500 years old, the people struggle to keep their covenant with God. Idolatry and false prophets and self-indulgent leaders challenge the One True God and His chosen prophets. These are difficult times. The message from God comes over and over, repeatedly warning of destruction and doom which can be avoided with true repentance. Good kings, even great kings will come and go, some bringing spiritual awakening and revival, pointing the people back to God. Wisdom will reign then fall, goodness will strive then end. The people desperately need hope and redemption, but their unrepentant hearts fall short.

Looking at the first-century church, the underlying tensions and quiet rebellion within Jerusalem and the inner circles of Jewish leadership compete with Rome’s political agenda. Factions among Christian believers clash with Jewish tradition. These are difficult times. Their only hope rests in the resurrection of Christ, in the spreading of the Good News. HOPE lives in the presence of God.

Today, we live in a world that craves immediate gratification and power that breeds arrogance, pride, and self-sufficiency. We experience conflict and contradiction on all sides. These are difficult times. So, after all these centuries, what hope do we have? Jesus, through all generations, throughout all time, You are still the only HOPE! Grace pours over me and refreshes my soul in the chaos of this world. For now, Jesus, You live in the presence of God and speak my prayers before Him. Count me alive in Christ. Holy Spirit, live in me.