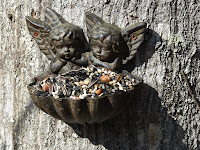 Located along the Euphrates River, Babylon, the capitol of the Babylonian Empire, is one of the most famous cities of ancient civilization. The Babylonian Empire (1875-539 BC) is known as a major military and political power over the years. Four thousand years ago and until its fall in 539 BC, Babylon knows great success and wealth. Eventually, Babylon becomes “one of the largest cities in the ancient world and becomes the Neo-Babylonian Empire that spans from the Persian Gulf to the Mediterranean Sea.”[1]

Also known as the Chaldeans, the Neo-Babylonian Empire is at it peak during the 7th and 6th centuries BC. Today, the ruins of Babylon are about 50-60 miles south of Baghdad, Iraq.

The new kings of this Neo-Babylonia Empire (626-539 BC) help Babylon to become “the most powerful state in the world after defeating the Assyrians at Nineveh in 612 BC.”[2] “Babylon becomes a city of beautiful and lavish buildings. Biblical and archaeological evidence point the forced exiles of thousands of Jews to Babylon around this time.”[3]

The Babylonian kings build several palaces and many shrines to false gods. Religious practices of Babylon mostly revolve around mythology and other idol worship. Lush landscapes of terraced trees and gardens with waterfalls become known as the “Hanging Gardens of Babylon” and one of the “Seven Wonders of the Ancient World.” However, “archaeologists have turned up scant evidence of the gardens”[4] leaving their existence or location a mystery.

According to Herodotus, an Ancient Greek historian, when Babylon falls, the city is “14 miles square with two sets of walls, inner and outer, 350 feet high and 87 feet thick.”[5] In less than 100 years of its peak power, Cyrus the Great of Persian conquers Babylon. The remains today are no more than “mud-brick” remnants of buildings.

Babylon may have its roots in the Tower of Babel we find in Genesis, as some scholars think this tower may be in the same area, the southern portion of Mesopotamia. The people “are recorded as building a tower designed to reach the heavens. This may have been the beginning of a practice of building towers with religious significance.”[6] This “contributes to the long history of Babylon as a center of religious significance, and as a source of false religion and rebellion against the true God.”[7] There is “no Biblical reference to Babylon after Genesis 11 until the great prophecies of Isaiah, Jeremiah, Ezekiel, and Daniel unfold God’s plan for the ancient city.”[8] In the New Testament, the name “Babylon” appears but most commentaries suggest it is a reference to Rome or the Roman Empire.

“Most important were Jeremiah’s prophecies concerning the duration of captivity, designated as seventy years in Jeremiah 25:11. It was this prophecy read by Daniel which led to his prayer for the return of the captives to Jerusalem. (Dan 9:2)”[9] “The destruction of Jerusalem and the fall of Judah were not accidents; they were appointments, for God was in control.”[10] This chapter is still in between part of the exiles leaving and others still in Jerusalem. Jeremiah is now twenty-three years into his ministry and commentaries place this around 604 BC. What we know is that Jeremiah “continued to be faithful to his calling.”[11]

The chapter is divided into two dominate messages, verses 1-14 as a message to the Jews, verses 15-38 as a message to the Gentile nations. After re-delivering God’s message to the leaders, Jeremiah now speaks to the people. The behaviors of disobedience to God, idol worship, and mocking of God’s servants continues. No one listens. Repent from wickedness is the same message. God desires His chosen people to dwell in this land forever, a land He is giving them. Requesting to stop worshiping other gods goes ignored. God says, “Yet you have not listened to Me.” (V 7) Continuing into verse 8, “Because you have not heard My words,” God will allow the Babylonian army to take you away. King Nebuchadnezzar will “utterly destroy” the land. As God sees it, Nebuchadnezzar is his “servant” in that he is fulfilling God’s purpose, whether Nebuchadnezzar recognizes this or not.

The Big Reveal come in verse 11, “This whole land shall be a desolation and an astonishment, and all these nations shall server the King of Babylon for seventy years.” Until now, the length of captivity has not been discussed. This is new information. The next verse brings an even bigger shocker. After seventy years, “I will punish the King of Babylon and the Chaldeans for their iniquities. I will make it a perpetual desolation.” Babylon fulfills God’s purposes, but they will be punished for the ruthless way they treated both Jews and Gentiles.(vs 12-14)

Why seventy years? “One reason God determines a period of seventy years was that the land might enjoy the rest that the Jews had denied it. The law of the Sabbatical Year had been ignored for nearly 500 years.”[12] (See 2 Chronicles 36:20-21; Leviticus 25:3-5) “Failure to observe the Sabbath was tantamount to rejecting the covenant.”[13]

The message to the Gentile nations comes as God has called Jeremiah to minister “not only to Judah but also to the other nations.” (1:5, 1:10)[14] The Gentiles, while not in a covenant relationship with God, are still held accountable for their sinfulness. “Take this cup of fury from My hand, and cause all the nations to whom I send you , to drink it.” (v 15) This “cup of fury” is symbolic of God’s cup of wrath, or anger to the nations.

The last verses remind, “Behold, disagree shall go forth from nation to nation.” (v 32) Images of a lion, a wine press and a whirl wings represent suffering and judgment. A repeated image of an improper burial bears a statement of disgrace. The “shepherds” or the leaders (kings, nobility, priests, false prophets) are doomed. Harsh words come with images reminiscent of Jeremiah’s ‘action sermon’ of breaking the clay vessel. “You shall fall like a precious vessel.” (v 34). This “cup of fury” is God’s displeasure.

For some extra reading, check out Revelation 16-18, to see the prophecy of Babylon when Christ returns. Babylon’s ‘cup of wrath’ is noted.

“Abba! Father! All things are possible for You; remove this cup from Me; yet not what I will, but what You will.” Mark 14:36

Despite dwelling in complete paradise and daily walking with the Creator, Adam and Eve not only encounter temptation but respond. Disobedience breaks their relationship with God. They are banned from paradise to toil the land. The consequences of sin are born in the garden of Eden.

I come to the garden alone, while the dew is still on the roses;
And the voice I hear, falling on my ear, the Son of God discloses...[15]

On the night Jesus is arrested, He takes His disciples to pray. The deep loneliness reaches through the darkness as Jesus comes before His Father. Jesus recognizes the rebellion of humanity and the gravity of God’s judgement. God’s plan is for Jesus to follow a path of suffering, to take this “cup” of wrath, to endure alienation from God as the ransom for all sin. Perfect Love will submit to God’s will and usher in a renewed relationship with God with “sins forgiven, heaven secured, joy restored, peace.” Knowing the cost of humanity’s sin, Jesus’ willing, unselfish response to an incomparable choice fills the night. Grace is born in the garden of Gethsemane.

We fall on our knees before our Father desperate for His healing intervention, His mending touch. With tears and sorrow and loneliness we cry out in our suffering demanding answers. Other times, with joy and hope we shout praises to God for miracles we could only imagine, resolutions greater than our requests, sighs of wonder rise with prayers of celebration. In all these moments we can feel the embrace of God, a God who chooses love and forgiveness and peace. We find Jesus in the garden of a God who can do all things!

We do not trust him because of what we can prove from our circumstances, but from what is revealed about His character at the cross. There we learn that even when circumstances are awful and inexplicable, God will ultimately bring about the good He intends.  Gospel Transformation Notes

In this is love, not that we loved God, but that He loved us and sent His Son to be the propitiation for our sins.1 John 4:10

So, what is “Propitiation”? “Propitiation (Gk. hilasmos) here means ‘a sacrifice that bears God’s wrath and turns it to favor,’ and that is also the meaning of the English word “propitiation.” As the perfect sacrifice for sin, Jesus turns away God’s wrath.”[17]