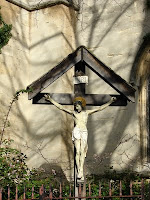 The message of the Old Testament’s minor prophet Micah, long deceased, reinforces the truth that Jeremiah speaks. “This is the only direct quote from another prophet in the Old Testament prophets, even though there are numerous allusions to the writings of the other prophets.”[1] We find Micah both named and quoted directly in Jeremiah 26:18-19.

Born in 715 BC in Moreseth, a rural area some 25 miles south and west of Jerusalem, Micah’s ministry is estimated to be 742-687 BC and covers the reigns of kings Jotham, Ahaz, and Hezekiah. During the second half of the 8th century, his contemporaries are Isaiah, Amos, and Hosea. Micah ministers primarily in the Southern Kingdom, but brings messages “about greedy oppressive landowners” and predicts “the fall of Samaria to Assyria in the Northern Kingdom.”[2] The quoting of Micah by Jeremiah indicates that the words of the prophets have been circulated among the Hebrew people.

The book of Micah “provides one of the most significant prophesies of Jesus Christ’s birth in all the Old Testament, pointing some seven hundred years before Christ’s birth to His birthplace of Bethlehem and to His eternal nature. (5:2)[3] Messages of judgment and restoration reveal Micah’s calling and a God of hope. Fear and hope are messages that intertwine in the prophet’s words. The end of Micah’s book “concludes with the prophet’s call on the Lord as his only source of salvation and mercy (7:7), pointing the people toward and everlasting hope in their everlasting God.”[4]

Micah also brings a message of exposing Judah’s sins and predicting divine judgment. Micah (4:1-2) expects Israel, God’s chosen people, in the long term to be a blessing to all the nations. His messages against injustice carry the themes of God’s restoration and forgiveness and justice. One of the more well know verses in Micah (6:8) reminds, “What does the LORD require of you? To act justly and to love mercy and to walk humbly with your God.”

“In this chapter, Jeremiah goes on trial for his life for speaking so boldly about the destruction of the temple and the city of Jerusalem as the price of Judah’s national disobedience.”[5]

In verses 1-6, we see Jeremiah’s message restated. Many scholars suggest this is a more complete reference to Jeremiah Chapter 7, or maybe it is the message repeated. A particular command is given, “Don’t omit a word.” (v2) References to Shiloh, the tabernacle of God destroyed in 1050 BC by Philistines, reminds that even though God chooses Zion for His dwelling place, the belief that nothing could happen to Jerusalem is false hope for people of Judah.

Then, the trial (v7-9) is not about theology or God, but rather an effort to justify or defend their lifestyle. Priests and “false” prophets and all the people hear the message and seem to see this trial. Jeremiah is brought before “palace officials” and the request is, “a sentence of death for this man.” Jeremiah begins his testimony (v 10-16) reminding everyone Yahweh is Who sends this message. Perhaps some hope of God relenting remains in Jeremiah’s heart he offers, again, that a change of heart is essential. He warns these who stand in judgment to be careful about spilling innocent blood”. (v15)

Now some come to Jeremiah’s defense and a change of attitude in verse 16,  as “the princes and all the people said to the priests and the prophets, ‘this man does not deserver to die’”. They believe that he speaks in the “name of the LORD our God”. Then some elders testify with a reminder of the days when the prophet Micah gives prophesy to King Hezekiah some 100 years before. At that time, no one tries to put the prophet Micah to death, the King chooses to seek God’s favor, and God relents. So, be careful.

Another interesting example is given (v20) of Uriah, son of Shemaiah of Kirjath-Jearim, who also brings the same prophesies. Jehoiakim seeks him, and Uriah is put to death. Commentaries give a few ideas as to why this is important. Some suggest a contrast and others loyalty. One thing that stands out to me is that Kirjath-Jearim, located 9 miles west and north from Jerusalem, is “where the ark of the covenant had been housed for those years that followed the destruction of the city of Shiloh. (1Samuel 7:1-2)”[6] This may just be an additional reminder of Shiloh and the destruction because of disobedience.

So, what is Jeremiah’s crime? He is charged with blasphemy against God, but he gets a reprieve thanks to some who testify in his defense. The last verse says, “Nevertheless, the hand of Ahikam the son of Shaphan was with Jeremiah, so that they should not give him into the hand of the people to put him to death.” (v 24) Ahikam is an influential person who lends support to Jeremiah and is mentioned in 2 Kings 22. Scholars tell us that, “six members of his family were known to be active during the reigns of the last five kings of Judah.”[7] His father, Shaphan, is a scribe to King Josiah and part of the delegation sent by Josiah to the prophetess Huldah when the law is found in the temple. Some of his sons serve as messengers for King Zedekiah. This family shows favor to Jeremiah.

We have seen what we are not, and what God wants us to be, but are we willing to be battered into the shape of the vision to be used by God? The beatings will always come in the most common, everyday ways and through common, everyday people. Oswald Chambers, My Utmost for His Highest

The account of the trial and crucifixion of Christ is in all the Gospels. Like reading the story of Jesus' birth in Luke each year at Christmas, at Easter we remember, listen to, or read the recorded history of Jesus' last hours on earth. Unlike the Christmas story, this one is harder to hear. Full of partial truths and truths ignored, betrayals and beatings, cowards and cynics, guilt and innocence, this story let us walk the Via Dolorosa with Jesus and the crowd, and hear Crucify! Crucify!

"Shall I crucify your king?" Pilate asked. We have no king but Caesar," the chief priests answered. Finally, Pilate handed him over to them to be crucified. (John 19:15b-16) The chief priests and religious  leaders in Jerusalem call on the Roman Governor, Pilate, to sentence Jesus to death. They charge blasphemy. Although Pilates finds no fault in Him, he gives the verdict of death. Jesus fulfills the Scripture, lives God's plan of salvation for us in detail, willingly and obediently. He is crucified between two thieves, a picture of disgrace and disillusionment for those who doubt Him, those who believe in Him, those who love Him. And the crowd? From Hallelujah! to Crucify! in a week's time, the crowd both scatters and scorns with uncertainty. Who are those standing in the crowd, both watching and wondering, fickle and frightened, confused and concerned?

Today, we are standing in the crowd –  we are the crowd. We either endure the everyday beatings or participate in them. We determine our worth and either applaud our own plans, or we confess our sins and need for Grace. We seek the world's approval or humbly accept God's plan. We are arrogant or obedient, either rolling the dice for a piece of Jesus or embracing the completeness of Perfect Love. We are the everyday reasons that Jesus is broken bread and poured out wine.

The story of Jeremiah being accused of blasphemy for bringing God’s message finds a striking similarity to Jesus being accused of blasphemy. Jeremiah gets a reprieve after witnesses come to his aid. Jesus gets the cross as His most loyal followers turn away and hide in fear. Of course, there are significant differences, even if both point to God’s plan and purpose of His people.

Consider this: “The goal of all prophetic preaching is to get the people to turn around and abandon their evil ways and put their full trust in Yahweh.”[8] This of course is Jeremiah’s calling. One of the characteristics of God is “omniscience”. It is one we often wonder about and struggle to define within our own limited understanding. This is a good summary to me: “Scripture asserts God’s omniscience, that is He knows all that will, as well as what might, happen in the past, present, and future.”[9]