Faithful Obedience or Not 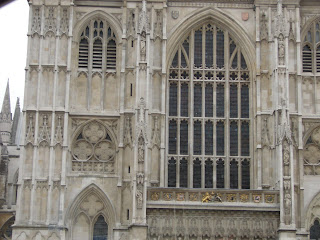 Who are the Rechabites? Their history dates back to the era of King Arab of the Northern Kingdom of Israel, descendants of Jehonadab, son of Rechab who “supported Jehu when he overthrew the dynasty of Ahab”[1] and attacked Baal worship. Related to Mose’s father-in-law, Jethro, the rechabites descend from the Kenites, a Midianite tribe. “They were made up of two groups: one that settled in the north, in the tribe of Naphtali (Judges 14:11,17; 5:24) and the other selected the southern borders of Judah (1 Sam 15:16; 27:10; 30:29).”[2]

The Rechabites are known for their nomadic and ascetic way of living and are “described as a religiously conservative group, characterized by a vow not to drink wine and strong opposition against Baalism.”[3] Living in tents and not building homes, they are also do not plant fields or vineyards. Adopting a simple lifestyle, the Rechabites lived a faithful life of obedience to God and to these customs.

“”By his own order of Nazirites, [God] called some people, but not others, to an austerity not unlike that of the Rechabites, to make a particular point; and the fact that Jesus and John the Baptist glorified God by different lifestyles should open our modes to the reality and value of specialized callings – such ass even the once-flourishing temperance movement which adopted the name of Rechabites in nineteenth-century England.”[4] As the object lesson of Jeremiah in Chapter 35, the Rechabites are credited with their obedience and faithfulness to their ancestor’s guidelines for living. In existence for “over 250 years” and known as “a small separatist clan in the nation”, the Rechabites had relocated to Jerusalem because of the Babylonian invasion.[5] God uses them as an example of faithfulness to their promise.

In Chapters 34-36, Judah is reminded of God’s calling them to be faithful. The focus of last week (ch 34) identifies the failing of Judah under Zedekiah’s leadership to keep their promises to free their Hebrew slaves (indentured servants) every seven years. While out of chronological order, in Chapter 35, we see a reminder of unfaithfulness during Jehoiakim’s reign some eighteen years prior to the current time. Continual unfaithfulness demonstrates a moral failure and flawed leadership.

The timeline for this story likely dates back to Jehoiakim, the son of Josiah, who revolts against Nebuchadnezzar (2 Kings 24:1) after serving as a vassal king for the Pharaoh Neco of Egypt. After reigning eleven years, eventually, Jehoiakim is taken to Babylon by Nebuchadnezzar (2 Chronicles 36). Jeremiah brings the Rechabites into the story, invites them to the temple and tests them. They will become part of  Jeremiah’s lesson on faithfulness and obedience.

The Rechabites have followed a culture of nomadic and asceticism that includes not drinking wine, not building houses but living in tents. They do not plant fields or vineyards and have remained obedient to these over more than two centuries. “The Rechabites had been forced temporarily to abandon some aspects of their lifestyle and nomadic way of living due to the Babylonian invasion.”[6] The only reason there are in Jerusalem is Nebuchadnezzar’s invasion of the land.

Inside the Temple in an area of high visibility, the Rechabites and some important people in Judah gather. Wine is set before the Rechabites, but they refuse to drink it, saying it is against their customs. The lesson is for all of Judah and the leaders are surprised. The comparison between these who live a nomadic lifestyle and the people of Judah is evident. The Rechabites faithfulness and obedience to keep a promise to mere custom stands in stark contrast to Israel’s unfaithfulness to Yahweh. The point of being faithful to a promise matters.

Their refusal to drink the wine provides Jeremiah with an action sermon. Those who observe this event are surprised, thinking “they are guests of such a significant prophet as Jeremiah, and… God-fearing worshipers of Yahweh, should they continue to observe their old rules and traditions, or should they bend these rules for the sake of showing appreciation for the prophet’s hospitality?”[7]

Over and over, the prophet Jeremiah attempts to get Judah and its leaders and people to hear and obey Yahweh. Their repeated disobedience brings disaster. “The Rechabites are credited with being faithful to the command of their ancestor a whopping seven times (vv. 6,8,10,14 [2x], 16,18), with three of those times a part of the word of God.”[8] The illustration of the action sermon magnifies Judah’s behavior. “If they can be faithful to a mere mortal’s words, how much more should Israel listen to the words of the living God.?”[9] Not commending the Rechabites for personal standards, God does acknowledge their faithfulness and obedience to their ancestor’s leading. Whether they choose to live in tents and abstain from wine is not the point, rather, keeping their promise. “Obedience is no substitute for faith in the living God, but it is the fruit and demonstration that real faith is present.”[10]

A life of faith does not consist of acts of worship or of great self-denial and heroic virtues, but of all the daily, conscious acts of our lives. Oswald Chambers

Now I saw heaven opened, and behold, a white horse. And He who sat on him was called Faithful and True … And He has on His robe and on His thigh a name written: KING OF KINGS AND LORD OF LORDS. Revelation 19:11-16 NKJV

The resurrection of Christ invites faithfulness to a new standard. Christ calls us to be people of faith, identifies us as His faithful people, and affords us the opportunity to be faithful in worship, obedience, study, and service. God longs for His character and truth to be reflected in the lives of His people. KING OF KINGS AND LORD OF LORDS, the One who is called Faithful and True, challenges each of us to live faithfully, to live by His own example.

Our faithfulness cannot be limited to religious activities or righteous deeds but must secure its foundation in the faithful promises of God. In Christ, we can love without perfection, have certainty without understanding, experience peace within grief. When God dwells in the hearts of His people, we have new awareness, new insight, and new hope. The Holy Spirit empowers us to see those living on the margins, to offer Bread of Life to a starving world, and to retell the stories of God’s faithfulness.

El Shaddai, Immanuel, LORD of Lords – Hallelujah! Christ has died! Christ is risen! Christ will come again! Such an offering leaves my heart in wordless praise, with endless wonder. Great is Your faithfulness! You take me to Your high places of blessing! I pray to stand firm in my faith, to listen for Your voice, to respond to Your calling. Perfect Love, You pour unmeasured Grace over me. Your faithfulness is everlasting!

Warren Wiersbe asks, “If a family tradition was preserved with such dedication, why was the very Law of God treated with such disrespect?”[11]

Today, we often give allegiance to things of the world, and less to God. Think about your choices and priorities – just today – just this week – and answer honestly about your faithfulness to God.

What does my life’s narrative say about my spiritual discipline and faithfulness to the Lord?

[3] Eerdmans Dictionary of the Bible

[5] Be DecisiveTaking a Stand for the Truth Wiersbe, Warren p 143

Posted by Breathing Room For My Soul at 9:30 PM