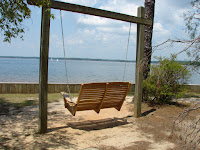 In the Old Testament threads of history tell the evolving story of Israel, a people God chooses as His own. The story begins with Abraham, a promise from God, and future descendants. Genesis 17:4-7 NLT reads, “This is My covenant with you: I will make you the father of a multitude of nations! …Your descendants will become many nations, and kings will be among them… from generation to generation. This is an everlasting covenant: I will always be your God and the God of your descendants after you… Canaan, where you now live as a foreigner… will be [your] possession forever.” A prophecy to Abraham reveals that Israel will become slaves and be oppressed for 400 years.

Moses leads Israelites out of Egypt after these 400 years of captivity. The Promised Land is close but due to doubt and fear and disobedience, the Hebrew people wander in the wilderness for 40 years. When Joshua leads them into Canaan, they are surrounded by foreign gods. Israel is called by God to be a holy nation, to be separate and unique from all others. (Leviticus 20:26) Their constant exposure to extreme pagan behaviors begins to diminish their religious traditions while worship of Canaanite gods, intermarrying, and hedonistic sexual immorality become part of their culture. The Ten Commandments begin to take a backseat. Chosen by God to live a life of “practical holiness”, they begin to live just like their neighbors.

Because the people are disobeying God’s commandments and not listening to His guidance, God establishes judges. The period of Judges comes around 1375, centuries after Abraham and lasts about 300 years. Familiar judges are Deborah (yes, a woman), Gideon, and Samson. From different tribes of Israel, these leaders help to establish justice and rescue the Hebrew people from their enemies. God chooses these leaders, and their main purposes are to restore the people to a right relationship with God and give them victory over their oppressors. By the end of this era, Israel has continued to break its covenant with God in all kinds of ways.

Although set apart for God’s purpose, the Hebrew nation desiring to be like everyone else demands a king. Samuel, both priest and prophet, becomes the last judge as God hears the people demands. Disagreeing with them, God wants Samuel to explain the downside of having a king: you will be slave labor for the king, your best fields and vineyards and olive groves will be taken by the king, you will be taxed, and your sons will fight for the king’s purposes. Still, the people want a king to govern and protect them. Until this time, the LORD is their King, their Provider and Protector and Promise-keeper. God says, “they have rejected Me from being king over them.” (1 Samuel 8:7) His permissive will allows the people their choice. Israel enters a “transition from theocracy (led by God) to a monarchy (led by a king)”.[1]

Saul, from the tribe of Benjamin, reigns as the first king beginning 1050 BC. There would be many other kings, continuing through the divided Northern and Southern kingdoms, ending with fall of Jerusalem in 586 BC. Roughly 500 years of kings, some would be good political leaders, some good economic leaders, some good city planners, and some with good military skills, but many would be evil kings. The good kings, the ones who would seek God’s plans and purposes, search for God’s wisdom, remember God’s promise, lead the people to worship the one true God, would be few. Some 1400 years after God establishes His covenant with Abraham, King Josiah establishes his reign while remembering the everlasting promise of God to His people. During the early years of Jeremiah’s ministry, this good king tries lead the people back to the one true God.

In Chapter 5, the refusal to repent continues. Jeremiah struggles to find someone, anyone, who will be repentant. The people, all together, “have broken the yoke”. (v 5) In verses 6-7 God asks, “Because their transgressions are many, their apostasies are numerous, why should I pardon you?” The Message says, “Their betrayals are past counting.” God’s message of hope weaves itself even here with “do not execute a complete destruction” as a pruning is coming. Both Israel and Judah (the Northern Kingdom and the Southern Kingdom) betray God, over and over. God’s prophets’ warnings are ignored.

We find God’s judgement is announced, again, and this time it comes like a fire, consuming them. Judgement is coming from nation far away. This ancient and powerful nation will destroy your cities. Yet again, God’s glimpse of hope comes with, “I will not make you a compete destruction.” (v19) The faithful remnant, those who have a repentant heart will survive, will return to this Promised Land.

In the closing verses we see a divine revelation of corruption and consequence. Priest and prophets sharing false stories, choosing their own authority over God. And the people, well they “love it”. God gets the last word, “But what will you do at the end of it?”

A phrase that stands out to me is the people “have broken the yoke”.  An agricultural example, a yoke is one wooden piece placed on work animals to “harness them for labor”. Here Jeremiah uses “yoke” as a metaphor to express God’s power and authority, a combination of God’s covenant and God’s word. The people break their covenant, their promise to worship the one true God, deny God’s word, do not worship God with a faithful heart. They choose the culture of the day, rejecting God’s ways. The people “know the way of the LORD” and understand the judgement, but all together they choose to break away.

The people of Judah know the law, the Ten Commandments that establish guidelines on how to live. While the Ten Commandments initially provide rules to set the people apart from those who worshipped many false gods, it ultimately becomes the principles for righteous living. In time, this Ultimate Law reveals the bigger truth – that humankind can never reach this level of righteousness on our own. The biggest truth comes with Ultimate Love, with Jesus Christ who becomes true righteousness for each person. We believe these same standards, but as Christians understand our need for grace, for a Savior.

Yoke appears in the New Testament in Galatians 5:1, “It was for freedom that Christ set us free; therefore, keep standing firm and do not be subject again to a yoke of slavery.” As believers, we are no longer yoked to the law, which could never make us righteous; rather, we are truly set apart in Christ. This does not mean I can say whatever I choose or live however I desire. Simply, it means in Christ I find unmeasured grace. In Matthew 11:28-30 we find the Christ-yoke. This yoke is for the weary and the burdened, for the lessons of compassion and humility, for rest and restoration. To be yoked with Christ brings unspeakable peace, even in the chaos of living.

·    *    People know – Israel knows in Moses’ era and in Jeremiah’s time, that their faithless behavior toward God would bring disastrous consequences. What actions do you see in the world today that mirror the people of Judah?