Stand at the Gate 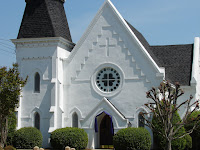 Josiah becomes Judah’s sixteenth king at eight years old and reigns for thirty-one years. His father, Amon, and grandfather, Manasseh, only offer examples of evil and wicked leadership, but Josiah is more like his great-grandfather, Hezekiah. Josiah knows God and develops a personal relationship with Him. Like Hezekiah, he is a “passionate reformer” in leading the people of Judah to return to God. Faithful and obedient to God, Josiah becomes a leader during a dark time of apostasy, yet he stands against the loudest cultural voices.

Josiah’s reign brings a breath of fresh air to Judah after decades of pagan worship and spiritual backsliding of the Southern Kingdom. During his eighteenth year as king, Josiah works with Hilkiah, the high priest and Jeremiah’s father, to begin restoring the Temple. “In 622 BC, the Book of the Law, apparently including at least a portion of the Book of Deuteronomy, is discovered.”[1] Josiah asks Hilkiah and Shaphan, the court secretary, to go to the Temple and seek the Lord’s way for them.

Here we meet Huldah, a female prophet (like Miriam and Deborah). She confirms God’s anger and reiterates the coming destruction because the people worship pagan gods and have turned from Yahweh. Huldah gives the king this message, “This is what the Lord, the God of Israel, says concerning the message you have just heard:  You were sorry and humbled yourself before the Lord when you heard what I said against this city and its people—that this land would be cursed and become desolate. You tore your clothing in despair and wept before me in repentance. And I have indeed heard you, says the Lord.  So, I will not send the promised disaster until after you have died and been buried in peace. You will not see the disaster I am going to bring on this city.’” (2 Kings 22:18-20 NLT)

Josiah goes to the Temple having gathered all the leaders of Judah and the priests and prophets, and “all the people from the least to the greatest”. (2 Kings 23:2) He reads the “entire Book of the Covenant that had been found in the LORD’s Temple” and renews the vows to the LORD. (2 Kings 23:3) Josiah promises to obey God’s ways with “all his heart and soul.” Both Josiah and all the people reconfirm their covenant before the LORD.

The Temple is restored as a place for worshiping the One true God while the idols and pagan gods are removed and burned. All the symbols and shrines of Baal worship are also taken down and burned. The altar of Topheth in the valley of Ben-Hinnom is desecrated, never to be used again for rituals of child sacrifice. Josiah recognizes that renewing a promise must include a response, an action. Words of obedience are only as powerful as the deeds that follow.

Josiah reinstates the celebration of Passover, the yearly remembrance for Israel’s rescue from slavery in Egypt, (Exodus 12) which apparently has not been observed for many years. Remembered as Judah’s most obedient king, Josiah’s name means “the LORD Heals”. Scripture remembers him as, “Never before had there been a king like Josiah, who turned to the Lord with all his heart and soul and strength, obeying all the laws of Moses. And there has never been a king like him since.” (2 Kings 23:25)

Yahweh’s anger lingers against Manasseh for his most wicked ways, the most evil king of Judah. Josiah’s spiritual reformation of Judah could not eliminate God’s judgement. In 609 BC, Josiah makes a fatal military error, and subsequently with his army defeated, he dies of battle wounds from Egypt’s army at Megiddo. Carried back to Jerusalem, Josiah is buried in the royal cemetery. Jeremiah composes a lament or song of sorrow to honor him. This marks Judah’s last glory-moment. For the next four years, Judah’s defeat gives Egypt (609-605BC) great political influence over Judah and her kings. This begins the final phase of the judgement of Judah.

This week we enter a section of Jeremiah that scholars call the “Temple Sermon” which includes Chapters 7-10. We will explore parts of this sermon by chapter. Some believe this occurs after Josiah’s reformation, and other commentaries suggest this may be the period after Josiah’s death, during the reign of Jehoiakim, Egypt’s puppet king. Certainly, Jeremiah speaks to the people’s spiritual apathy and habits of hypocrisy. Some Biblical scholars believe the Temple Sermon coincides with one of Israel’s three major religious pilgrimages to the Temple, considering the crowds.

Jeremiah is to “stand at the gate of the LORD’s house” and proclaim God’s message. From the first verse, we can see God wants the people coming to the Temple to hear His words. The message is to make your life and your deeds pleasing to God. The Hebrew people have a false belief that the Temple is safe from any harm and cannot be destroyed. In verse 4, the superstitious swearing “the Temple of the LORD” is false security.

Examples in verses 5-6 of truly living a better life describe practicing justice and helping neighbors, being fair with each other. In verses 7-8 the stealing and murdering and lying along with adultery and idol worship, identify their hearts and behaviors. Their real lifestyles defy God. Verse 11 uses a phrase Jesus quotes in Matthew 21:13 when He cleanses the Temple - “a den of thieves”. Here in Jeremiah, God calls out the people’s behavior, saying they are making the Temple unholy by falsely using worship ceremonies to cover up their sinful living.

Shiloh is mentioned as an example of God’s judgement. Located about 18 miles north of Jerusalem, this place is the first permanent home for the Tabernacle (Joshua 18:1) after the Israelites enter Canaan. The constant sinfulness of God’s people becomes the reason God allows the Philistines to destroy Shiloh around 1050 BC. The Ark of the Covenant is stolen. (you can read more about that in 1 Samuel 4). So, God is reminding them that this Temple, this Sanctuary is not secure without their faithfulness to Him.

Jeremiah is told not to pray for these people. Do not intervene on their behalf, do not cry out to Me about them, do not intercede for them. God’s plan to move forward is clear that He will not relent. Whole families are described as working together to make offerings for other gods, including the “queen of heaven” which is a female Canaanite goddess that promoted immorality. God can no longer find those who choose obedience to Him, rather their disobedience, their stubborn, “evil hearts” choose their consequences. In verse 31, Topheth is a “high place” in the valley of Hinnom which gets its name from “the clamor of drums that drowned the cries for the babies flung into the fires”.[2]

The days of judgement are coming. There will be no joy. There will be grief and death. Each section of the Temple Sermon brings an indictment against the people of Judah. The first indictment is False Worship.

God tells Jeremiah to “stand at the gate of the LORD’s house” and proclaim God’s message. That is like you or me to going to church and proclaiming God’s message of salvation. Excluding these unprecedented Covid months, I think about how often I go through the doors of the church to participate in worship, sing the hymns, study the Bible, fellowship with other Believers. I consider my offerings, my time, my service, both inside the church and outside the walls. Frequently my attendance is because someone organizes an event or provides an opportunity. Other times, a commitment to a group or committee defines the occasion for my participation. As I add up those hours each week, I am pleased with my choices and even count those times I show up but would rather choose something else. Perhaps we all evaluate and give ourselves a pat on the back for “doing” more than just “saying” we believe in Jesus. The stark and defining truth is that God always sees the intention of the heart, knows the motives I bring to the tasks.

Not unlike the people of Judah, there are times we all go through the motions, our minds preoccupied with unnecessary anxieties, decisions weighing us down, a financial or health crisis that demands attention. There are times we simply fall into the world’s traps of materialism, the political arena, or societal expectations. We dilute our time with whatever catches our interests, anything from social media to social dilemma. While there is nothing wrong with examining these myriad viewpoints, nothing wrong with opinions, for Believers the hardest part is merging our individual conclusions with our personal faith. As I stand in the doorway, what is my faith-message?

While the Temple in Jerusalem represents God’s Presence to the Hebrew people, Christianity defines our bodies, each of us, as a Temple of the Holy Spirit. God lives in us. 2 Corinthians 3:3 reminds us that we “are a living letter from Christ, the result of our ministry, written not with ink but with the Spirit of the living God, not on tablets of stone but on tablets of human hearts.” I do wonder what my letter says to those with whom I worship and fellowship, serve and study, but what does it say to those I stand beside in the check-out line at the grocery store or interact with at the post office, to those I greet along the road or honor for brave service, to those who need more but have less, to those who walk a different way than I choose? Does my living letter look like Christ, sound like Christ? Am I Christ to those I meet along my journey? We are called to live a faith-full life, trusting God while living out this faith with truth and not hypocrisy. This is the message of God through Jeremiah, and the goal of our heart-letters.

We have been called to heal wounds, to unite what has fallen apart, and to bring home those who have lost their way. Francis of Assisi

The season of Lent began yesterday, Wednesday, February 17, with Ash Wednesday, a season for reflection and spiritual renewal. Take this week and begin to reflect, to examine what your living letter says to those around you, to those you influence. Look for hypocrisy and inconsistences. Seek God’s Presence and find restoration.