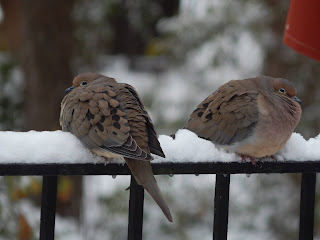 Let’s look at some historical background on Huldah, the female prophet, from last week. She serves during the reign of King Josiah, and some scholars believe Huldah had been influential in Josiah’s childhood. Huldah’s husband, Shallum, serves in the royal court as “keeper of the royal wardrobe”, and they live in the Second Quarter in Jerusalem.

During the spiritual reformation of Josiah, a hidden scroll is found, and Josiah sends Hilkiah, the high priest, along with Ahikam, Akbor, Shaphan, and Asaiah to Huldah, the prophetess, to seek her thoughts. [Read the complete account in 2 Kings 22:14-20 and 2 Chronicles 34:22-33.] Validating God’s anger and impending wrath, she says Josiah will not witness the coming destruction. One commentary calls this Huldah’s “word of grace” to Josiah. Huldah’s prophecy, like Jeremiah, does come true, but not for another thirteen years, after the spiritual revival attributed to Josiah and his leadership.

Some scholars suggest that Huldah and Jeremiah are related, both descendants of Rahab by marriage to Joshua. In the Old Testament, seeking a woman’s opinion is rare. Grouped with greatly respected women of the OT, Huldah, the prophetess, finds company with Sarah, Miriam, Deborah, Hannah, Abigail, and Esther. Miriam (Exodus 15:20) and Deborah (Judges 4:4) are the other female prophets of the OT. Her reply to Josiah about the finding of the Book of the Law plays a part in the spiritual reformation of Judah.

Future mages of graves desecrated by the coming Babylonian army opens Chapter 8. In verses 5-6, the people’s behavior is identified as “perpetual backsliding” and deceitful and showing no repentance from “wickedness”. Nothing new here as the same story continues. Continued apostasy is the theme of the second section of Jeremiah’s Temple Sermon and addresses ongoing behaviors and unrepentant hearts.

Nature seems to understand the flow of life, the rhythm of the seasons. Unlike nature, humanity pens false narratives, rewords facts, and unashamedly speaks of peace when there is no peace. The hearts of the people, to include all “from the least to the greatest”, reveal self-focused and compromising lifestyles. Simply, just tell the people what they want to hear. God does not operate this way.

The repeated warnings and consequences of unrepentance continue. Verse 16 mentions Dan, one of the twelve tribes of Israel which fell with the Northern Kingdom, as the northern route which Nebuchadnezzar will take to invade Judah. Dan is also a know place of pagan worship. Jeremiah mourns for the people, for Jerusalem (v 18-22). His heart weeps for the coming judgement, “My sorrow is beyond healing, my heart is faint within me.” Jeremiah is broken hearted for the cities to be destroyed, the people to be killed or taken into captivity.

The last verse, familiar to many, reflects on what could possibly bring healing. The rhetorical question asks, “Is there no balm in Gilead?” Gilead is a “mountainous region east of the Jordan River… known for its aromatic spices and healing balms.”[1] Jeremiah knows the message, knows what is coming, knows the brokenness that these self-inflicted wounds will bring, and he so hopes for a healing balm. Centuries later, Jesus weeps over Jerusalem and its coming destruction. (Matthew 23:37-24:2)

Warren Wiersbe writes in The Wiersbe Study Bible, “Although the Bible is still a bestseller, its popularity isn’t keeping Western society from crumbling morally and spiritually. There seems to be no connection between what people say they believe, and the way people act.” The “State of the Bible Survey” in 2020 by the American Bible Society reveals barely 30% of American adults use the Bible outside of church, with only 9% reading the Bible daily. The Bible is still the world’s best-selling book with estimations of over 6 billion copies sold. In 2016, the Gideon’s distribute nearly 60 million Bibles worldwide. Various surveys indicate the average American owns multiple Bibles. Today we seem to have infinite access to the Holy Scriptures, to include online and Bible apps; yet we, who have so much opportunity, are the very ones who seldom study the Bible.

Henry David Thoreau writes, “The more we know about the ancients, the more we find that they are like the moderns.” Frequently I hear folks say that America is more and more like the Romans of ancient times. The adage that ‘history repeats itself’ plays out in many ways, century after century, decade after decade. Oh, each one does it better or with more sophistication or at least more technology. I believe the greatest truth may lie within humanity itself, simple and sinful humanity. We need moral and spiritual guidance, and for the Christian, we find that in Christ.

As I think about Jeremiah and his weeping for the people, I wonder who weeps for us? We live in a frail and fragmented time, not much different from Judah. We struggle with success and societal pressures, with the need to be more and sometimes to have more, with pushing the boundaries and self-focused lifestyles. Lately, it seems there is so much anger and hurt and dissent about everything. I am reminded of a song by Matthew West, a contemporary Christian artist, and these words from one of his songs, “Father, break my heart for what breaks Yours, give me open hands and open doors. Put Your light in my eyes, and let me see that my own little world is not about me.” Lord, I pray that I will weep for us, and together we will weep for each other. Surely, God must weep over us.

In Jeremiah Chapter 8, verse 18-19, Jeremiah is pleading for the people, for Judah. We go on to read about his asking, “Is there no balm in Gilead”? The African American spiritual “There is a Balm in Gilead” speaks the truest answer. It tells of the New Testament offer of Grace through Jesus Christ. The chorus goes, “There is a balm in Gilead to make the wounded whole.”