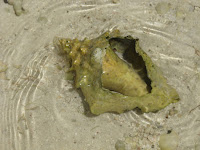 Jeremiah’s biography can be found in the two books of the Bible credited to him, Jeremiah and Lamentations. Born into a priestly family in the small town of Anathoth, just three miles north of Jerusalem, his father is Hilkiah, the High Priest here. Accepting his divine calling to become a prophet during the 13th year of King Josiah’s reign in 627 BC, Jeremiah is possibly younger than 20. Having been told not to marry or have children, Jeremiah becomes known as the “preaching prophet” and continues in ministry for 40 years.

Scripture teaches God chooses Jeremiah as His messenger before his conception. His ministry covers the reigns of the last 5 kings of Judah, from Josiah to Zedekiah. With God’s message rejected by the people, this creates much suffering and ridicule for this servant of God. Despite the hardships and anguish, Jeremiah will faithfully serve God as His prophet, bringing His message to the Hebrew people of the Southern Kingdom known as Judah.

In Biblical commentaries, Jeremiah is commonly known as “the weeping prophet” because of his sincere sorrow for his community, for his people. Empathy defines Jeremiah’s feelings toward his fellow Hebrew citizens. His heart breaks for them as God’s judgment comes. God allows Jeremiah to witness the prophesies revealed, the horrific devastation of Jerusalem. Most commentaries believe Jeremiah writes Lamentations after the fall of Jerusalem in 586 BC.

Jeremiah remains a true and faithful follower of God, believing that Yahweh is the LORD of Judah and of all nations. Messages of sin and consequences fill the book of Jeremiah, and frequently Jeremiah reminds the people of God’s mercy and faithfulness, of His promises of restoration. While false prophets proclaim false peace to this nation of rebellious people, Jeremiah brings light to this darkness exposing these lies and false hope. Because of His Covenant with Israel, God’s people can come back to Jerusalem with a new vision, a new hope – true Shalom. Inside and wrapped around the messages of judgement, Jeremiah always reminds the people of God’s mercies. Jeremiah understands the righteous nature of God.

Tradition marks Jeremiah’s death around 570 BC although there is no record in Scripture. Jeremiah is exiled to Egypt after Jerusalem falls, and some historians say it is possible that “the weeping prophet” is stoned to death in Egypt by his fellow countrymen.

In the beginning of Chapter 6, Jeremiah gives God’s message, first, to his own neighbors in Anathoth, a city in the tribe of Benjamin. The reference to “Tekoa” is a town 6 miles South of Bethlehem, some 11 miles from Jerusalem, and the hometown of the prophet, Amos, and known as the hill country of Judah. The next location we see is Beth Haccerem, meaning house of the vineyard, which is signal point 2 miles south of Jerusalem. The Jews have “three main ways to get military info: trumpet signals (v 1), signal fires (v 1), and watchmen on the walls (v 17).”[1] We continue to see the warnings about disaster and great destruction from the north (v 1).  In verses 5-9, God gives specific instructions to the Babylonian army, the how and why for taking the city of Jerusalem.

Our empathetic Jeremiah laments the people’s blatant disregard, and his “weary” and burdened heart aches for this coming calamity. “Nobody is listening” seals their fate. Because of their greed no one will be exempt, “from the least… even to the greatest”, “from the prophet and even to the priest”. (v13) These false teachers giving false hope to the men, women, and children - all will experience God’s judgment.

In verse 14 we hear God’s frustration with these false leaders who are giving false peace, “there is no peace.” This peace, the Hebrew word Shalom, describes not simply a time or place without disturbance; rather, this peace is true peace, a wholeness or completeness. There is no peace in Judah.

How does one find this peace? God tells them to seek the “ancient paths”. Where does one find “the good way” in verse 16? These ancient paths are simply the old ways of the Chosen People, the Torah, the Law, the lessons of Moses. The people reject the good way, do not listen, and offer empty sacrifices. God’s anger will bring “stumbling blocks” (v 21) such as famine and invasion, and all will suffer.

The chapter closes with a lesson that calls the rebellious people of Judah “rejected silver”. The reference of “bronze and iron” in verse 28 is symbolic language describing the rebellious nature of the people, “stubborn rebels” and “corrupters”. The Chronological Study Bible Commentary says that silver naturally occurs in nature mixed with lead. To get pure silver, the process includes heating the silver to a high temperature, and the impurities will rise to the top. These impurities, called dross, are then skimmed off. The process is repeated until the silver is free of impurities. God says that their wickedness, the dross, is “not drawn off”. In other words, the people reveal their impurities in their lives. Because they are not willing to seek purification or righteousness through a true repentance, they remain as impure silver – rejected silver.

The LORD says, “Stand at the crossroads and look; ask for the ancient paths, ask where the good way is, and walk in it, and you will find rest for your souls…” (Jeremiah 6:16) These words speak to me this week, call to my heart and mind and soul. We all find ourselves as this common intersection, sometimes we are lost and need directions, sometimes we have questions and seek answers, sometimes we are weary and simply need rest. In fact, we probably come to this crossroads several times a day: tell the truth or manipulate it, keep a confidence or boast being-in-the-know, abstain from critical comments or make that condescending remark, choose to be kind or turn the other way with indifference. As Christians, we are called to live a better way, a right-living way with God. I must do better.

Every day we “stand at the crossroads” of good and evil; we mingle with good enough and not-so-bad, with just okay and almost-too-far. You get what I am saying! We stand beside some people who offer veiled taunts while others shout blatant hostility. Looking the other direction, we see folks who give simplistic replies or just say nothing. This contrast on paper reflects the greater chasm between choosing the world over choosing God, being insolent over intentional, being ambiguous over authentic. I must ask and choose “the good way”.

The ancient paths lead us to true rest. After mentioning Matthew 11:28-30 last week, I discover this week that verse 29 quotes Jeremiah 6:16, “and you will find rest for your souls.” This “rest” means a “state of refreshment and life, a state of renewal for one’s life and soul.”[2] In the same way, shalom offers more than peace, reflecting a deeper, more complex idea that conveys a completeness evidenced by the blessing of spiritual security and rest, of wholeness and well-being. This rest and this peace come from Jesus. In Hebrew, Jesus is called Yeshua and is also known as Sar Shalom, Prince of Peace. My favorite version of Matthew 11:29 is in The Message which paints the image of true rest as “to learn the unforced rhythms of grace”. I need this rest for my soul!

The very last line in Jeremiah 6:16 is dismal, “But they said, ‘We will not walk in it.’” The history of faith takes us way back – long before denominations, even before the 1st century theology of grace. Prophesies written long, long ago tells us that our faithful God always reveals “The Way”!

·         Ask yourself: Where have I gone astray? How can I do better? What changes must I make to reflect God’s Way in my living?

*I hope you are finding these lessons purposeful and useful in your devotional and study time.