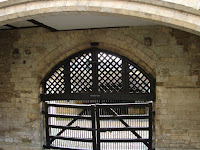 Zedekiah, considered the last king of Judah by some scholars, is twenty-one years old when he is chosen by Nebuchadnezzar to be king. Mattaniah his given name, is changed by the king of Babylon. He will reign eleven years. Jehoiachin, also called Jeconiah or Coniah and the grandson of Josiah, has been king but serves only three months when forced to surrender to Nebuchadnezzar. He is taken captive and sent to Babylon along with thousands of other Hebrew people in 597 BC. A time of chaos and conflict find some of the people of Judah already exiled to Babylon.

In a breach of loyalty to Nebuchadnezzar, Zedekiah tries to become an ally of Egypt, and in the “ninth year of his reign, Zedekiah declares an open revolt against the Babylonians.”[1] Nebuchadnezzar’s response becomes an all-out revolt at the gates of the Holy City. Jeremiah tells Zedekiah to surrender but he refuses. Although, Nebuchadnezzar temporarily leaves to battle Egypt, he will return with the Babylonian army and destroy Jerusalem, defeat Judah, and take everyone remaining to Babylon.

Some commentaries consider Jehoiachin the last king of Judah, as he is chosen by direct succession. Zedekiah reigns because he is appointed by an opposing, stronger leader. Zedekiah, a weak and uncourageous king, ultimately flees from his palace when the city is again under siege. He is caught and brought before Nebuchadnezzar who kills Zedekiah’s sons before him. Then Zedekiah’s eyes are put out, and he is led in chains to Babylon.

Most commentaries suppose this chapter, along with chapter 27, take place in 597 BC, just after Jehoiachin is taken into captivity. Zedekiah is appointed king by Nebuchadnezzar. We meet one of the “peace prophets” or false prophets, Hananiah. He tells the people what they want to hear, a message of hope and fast return on their losses. Hananiah also tells the people that the temple treasures stolen by the Babylonian army will be returned within two years. He claims that God is telling him that the “yoke of the king of Babylon” will be broken. (v 4)

Hananiah is from Gibeon, six miles SW of Jerusalem and part of the tribe of Benjamin. He likely has “a similar upbringing as Jeremiah.”[2] Hananiah claims “thus says Yahweh” which is a traditional opening for a prophet. This message, despite its falsehood, is more popular. Jeremiah says that if only this message could be true; yet the truth delivers more doom than the “shalom prophet” offers. The clash between Jeremiah and Hananiah continues. Hananiah breaks the wooden yoke that Jeremiah is wearing (v 10)

We see the wooden yoke is replaced with an iron yoke, symbolizing a yoke of submission that cannot be broken by man. Deuteronomy 28:47-48 establishes the punishment, a yoke of iron,  for disobedience. The verses 12-17 talk about the iron yoke, reiterating what Jeremiah continues to say. The truth is that there will be more taken into exile and more destruction will happen. Another prophesy is given, and this time about Hananiah. “This year you shall die because you have taught rebellion against the LORD.” (v 16) Interfering with God’s word, misusing or misinterpreting is an “act of rebellion”.[3] His death comes two months later.

We know Jeremiah’s prophesy is fulfilled, and Judah would be captured and endure 70 years of captivity. The Temple treasures would only be returned when the exiles return to Jerusalem after these years. King Jehoiachin will never return to Jerusalem and dies in Babylon. After the seventy years, Nebuchadnezzar and the Babylonian Empire will lose its power, and the Persians will become the next great power. God’s plans and purposes cannot be stopped. “This always happens - when we reject the light yoke of God’s will, we end up wearing a heavier yoke of your own making.”[4]

Jesus said to those who believed in Him: If you make My Word your home, you will indeed be My disciples; you will come to know the truth, and the truth will set you free. John 8:31-31(The New Jerusalem Bible)

Truth is the great equalizer, a weapon of revelation. So often we stand at the crossroads and look both ways, the world to our left and righteousness to our right. Here we are confronted by Truth. Truth says we will experience both delight and disappointment in life. In its most honest moments, the world will tell you stories of both. There is a freedom on both paths; however, the consequences remain vastly different. In the world, everything depends on me, but in Jesus, He provides everything I need. Truth always reveals a choice. The world chants, Pick me! Pick me! all the while Jesus whispers, I choose you! The world offers no guarantees, no refunds, no exchanges. Jesus offers unmeasured. grace, undeserved forgiveness, and eternal life.

Henri Nouwen writes, “The joy that Jesus offers His disciples is His own joy, which flows from His intimate communion with the One who sent Him. It is a joy that does not separate happy days from sad days, successful moments from moments of failure. This joy is a divine gift that does not leave us during times of illness, poverty, oppression or persecution.” No different from Jeremiah’s time, today “false prophets” still say what we desire to hear and promise what they cannot deliver. We all are given a choice, in fact, we make infinite choices each day. We choose our yoke. To be yoked with world offers substantial opportunities for self-indulgence, but the world can never give you eternity. To be yoked to Christ, even in our most dark, desolate times, we can have sustaining hope, spiritual contentment, and a promise of everlasting life. Truth demands a choice. I choose to be yoked with Jesus, the most Divine Gift, my best Guide!

God presents the truth, then gives us a choice; choose Him or choose the world. Our choice of Christ goes beyond a verbal confession. After our words, our behavior defines us. As we seek a deeper relationship with God, our lives will evidence our testimony that we choose life!

- When I survey my behavior, does it more often reflect the world or Christ?

- What is my life’s testimony?