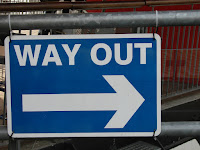 Jeremiah’s forty years of ministry occurs during an exceptionally critical time in Middle Eastern history. Initially, Egypt comes to power over Judah after King Josiah is killed by Egyptian military forces. This begins an era of Judah’s designation as a vassal state, first with Egypt’s ruler Pharaoh Necho. The people attempt to choose their king, with Jehoahaz, Josiah’s son next in succession, but three months later, Jehoiakim (Eliakim) is appointed king by Necho. In their loss of freedom and confusion, the people turn to the idols they had worshiped during wicked Manasseh’s reign, not to the One True God.

Egypt is defeated by Nebuchadnezzar of Babylon in 605 BC. In a clever, political effort, Jehoiakim submits to Nebuchadnezzar and requests to stay on as Judah’s vassal leader. However, three years later, the arrogant Jehoiakim attempts to rebel against Nebuchadnezzar. In 597 BC, Jehoiakim, many others in the royal family, significant leaders, aristocrats, and artisans of Jerusalem are exiled to Babylon. A new leader emerges, Zedekiah, also appointed by the Nebuchadnezzar. The now powerful  Babylonia Empire is in control. Uncertain times with enemy-appointed pseudo-kings, Judah’s future looks to be full of gloom.

The vassal state of Judah remains in a precarious position. A few years later, 589 BC, Zedekiah leads his own rebellion against Babylon. Nebuchadnezzar returns to Jerusalem, taking the city, but finds his attention interrupted due to an Egyptian uprising in Palestine (588 BC). With the Egyptian defeat, Nebuchadnezzar again back for Jerusalem. In 586 BC, the walls of the city of Jerusalem are breached. The last of nearly 5,000 people are deported to Babylon. The Temple is burned, the palace is burned, the houses are burned, and the city walls are destroyed.

Jeremiah understands “the necessity of submitting to the rule of the Babylonian Empire.”[1] Ever faithful to his calling, Jeremiah continues to deliver the message God requires. Encouraging the exiles, Jeremiah reminds them of God’s never-ending presence and never-ceasing power. Jeremiah remains “keenly aware of the provisions of the covenant between God and Israel.”[2] God’s everlasting love for His people will be evidenced in His promises to return them from exile, to restore them to Judah, to replenish them with blessings.

Some scholars will say there are three or four letters. Certainly, Jeremiah writes a letter to the exiles in Babylon, and a false prophet in Babylon writes a letter complaining of Jeremiah.  As for exactly how many letters, the better inquiry is what Jeremiah’s letter includes. The letter, a literary device, is a way for Jeremiah to remind his fellow countrymen about God’s divine plan for them. “Judah is enmeshed in a strange new world, but it is still God’s world.”[3]

In some ways, one could call Jeremiah’s epistle as a how-to-survive-exile. Addressed to all the exiles “carried a way captive”, the letter is written to the elders, priests, prophets, and all people. Also, it is to Jeconiah, Judah’s king, and to the Queen mother, the royal family, the palace officials, craftsmen, and artisans. The messengers who deliver the letter to Babylon are likely “diplomatic couriers” from Judah. Elasah is the son of Shaphan, a “prestigious member of Josiah’s court.”[4]

The purpose of this letter is to encourage the Hebrew exiles. “Instead of repentance and a renewed understanding of their relationship to Yahweh, they were filled with false hope about a quick end to this tragedy.”[5] The letter describes how the Hebrew people should live in exile: build houses, plant gardens, marry, have children, find spouses for your children so they, too, can have children. He clearly says to settle in, plant some roots, establish your lives. It is more than existing or passing time; it is about thriving. Remember that Babylon experiences great prosperity and much building during this era. Nebuchadnezzar likely uses the skills of Judah’s craftsmen and artisans to help with this.

Continuing, Jeremiah writes for them to pray for peace; seek peace and live in peace. Several generations will pass, and they should live as good witnesses while in captivity. As a caution, like in Judah, Jeremiah reminds them to beware of false prophets sharing their deceptions of a short captivity; these are lies. Remember Yahweh’s promise, “I will come to you.” (v 10)

“For I know the plans I have for you,” declares the LORD, “plans to give you hope and a future.” (v 12) Perhaps this the most well-known verse of the Book of Jeremiah, the most quoted, and possibly the verse chosen by many as a life verse. Remember it is offed as encouragement in exile, in captivity, in a time where control of life simply is beyond their reach. The verses that directly follow are often omitted in quotations, but they are the essence of how to find God’s hope and future. “Call on Me” and “pray to Me” are first, and God’s replies, “I will listen to you.” Going further, the message is “seek Me” and “find Me”. God says, “search for Me with all your heart.” The theme throughout Jeremiah’s message is the repentant heart.

In verse 14, after seeking God with sincere hearts, God promises to return the exiles to Judah. The next verses go back to the prophets who do not speak for God and speak falsehoods. Apparently, Nebuchadnezzar is known to execute false prophets, an example in verses 21-22 of “roasting them in the fire.” Shemaiah the Nehelamite, a false prophet, writes to Zephaniah, an overseer in the temple in Jerusalem, and complains about Jeremiah. Zephaniah reads the letter to Jeremiah. The prophesy for the fate of this false prophet is “none of his descendants [will be] left among all the Israelites.”[6]  Repeatedly told, we must remember, “God’s word remains true even when others do not like it.”[7]

“You will seek Me and find Me, when you seek Me with all your heart.” Jeremiah 29:13 ESV

Jeremiah, a prophet who predicted the Babylonians would capture Judah, writes a letter to the captives exposing the false prophets. Telling the Jews to settle in their new home, build lives, pray for their captors, and serve God where they are, for their captivity will be long. Initially with vanity but later with despair, the Jews laughed at God then later mourned their fate. Within Jeremiah’s letter is a favorite verse of many people: For I know the plans I have for you, declares the LORD, plans to prosper you and not to harm you; to give you a future and hope. Jeremiah calls the people into a spirit of prayer, encourages them with hope, and reminds them to seek God, “with all your heart.”

As Jesus begins His ministry, many of those He encounters are in spiritual bondage, captive to disease, rejection, arrogance, and pride. Held prisoner by false truths, Jesus brings healing and hope, forgiveness and freedom. Jesus calls us, too, “Seek Me with all your heart.” Blessed Assurance, unbind me from the chains that hold me hostage, the doubt that imprisons my success, the fear that feeds my insecurity, the darkness that steals my hope. Count me alive in Christ. Find me! I seek You with all my heart!

Robert Laha writes, in the Interpretation Bible Studies in his commentary on Jeremiah, “Embracing exile means carrying on with the primary work given to them by God.” Even when trying times come, we are to continue living for God, sharing in the lives of others, reaching out into the community for God.