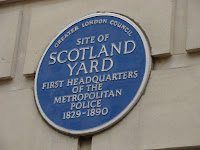 Known by his fellow countrymen as a wise, kind, and humble, Gedaliah is as governor by Nebuchadnezzar. Gedaliah, a righteous Jewish leader, welcomes the Jewish refugees of Jerusalem to Mizpah, the last of Judah’s people, those left after the exiles, those who had fled during the Babylonian invasion and are now seeking community and security. Keeping with Jeremiah’s prophecy, Gedaliah proclaims their loyalty to the king of Babylon. In return, they receive an abundant harvest and protection.

“From a prominent family in Jerusalem, [Gedaliah’s] grandfather was a scribe during Josiah’s rule (2 Kg. 22:3) and a member of th team sent to inquire of the prophetess Huldah (Jeremiah 22:11).”[1] In Jeremiah Chapter 26::24, he protects Jeremiah. Respected by the Jewish people, Gedaliah gives wise advice to concede to Babylonian rule.

Some commentaries suggest Gedaliah would have been a better leader if he had listened to others, like Johanan who warns the governor of Ishmael’s threats. “Being of a true and generous nature”[2]  Gedaliah does not believe the rumors. Does his sense of fairness contribute to his murder? Is Gedaliah just naïve? Maybe, wicked jealousy creates an unnecessary tragedy. Ishmael betrays and murders his own people and leader. As if the destruction and burning of Jerusalem is not problem enough, these refugees now become prisoners of one of their own countrymen. Betrayal brings multilayered consequences.

“In memory of the assassination of Gedaliah and the tragedy that it brought upon our brethren in those days, so soon after the destruction of the Holy Temple, we fast on the third day of Tishrei, the Fast of Gedaliah.”[3] Tishrei on the Hebrew calendar falls during September-October, which also includes Sukkot, and the High Holy Days of Rosh Hashanah and Yom Kippur. The Fast of Gedaliah commemorates the “governor of the First Commonwealth in the Holy Land”.[4] With his death, Jewish independence comes to an end, “the last embers of Jewish sovereignty.”[5] The Hebrew letters of Gedaliah’s name mean “God is great.”

Some scholars suggest the details of Chapter 41 occur about two months after Nebuchadnezzar torches Jerusalem. Ishmael, of the royal lineage of David and one of the officers of Zedekiah, comes to Gedaliah with ten of his men to join him in a meal. During the meal, Ishmael, and the men murder Gedaliah, who the king of Babylonia appointed governor over the land. The Jews with Gedaliah are also killed, along with the Chaldean soldiers present. Ishmael’s jealousy over Gedaliah’s appointment or some political power play creates the ultimate betrayal.

A group of eighty men arrive from Shechem, Shiloh, and Samaria, all clean-shaven with torn clothing and obvious wounds (likely self-inflicted). They come bearing offerings for Yahweh, but they do not know about the recent murders. Ishmael greets them, invites them to meet Gedaliah, and then kills them, too. Ten of these eighty men beg for mercy, offering good and goods they have hidden in a field. Ishmael spares them but fills a large cistern with the seventy slain men. Turning against the Chaldeans is contrary to Jeremiah’s message. “Without a king, with no law and no loyalty to God, Judah was subject to complete anarchy.”[6]

“The areas of Shechem, Shiloh,  and Samaria had been worship centers in the north after the northern kingdom was destroyed in 722/721 BC. Many Israelites made periodic pilgrimages to Jerusalem.”[7] The ten pilgrim survivors, as well as “the rest of the people of Mizpah, including the daughters of the king” become prisoners of Ishmael. Ishmael takes his new captives, to include some of his own people, and sets out toward the Ammonites. These eighty men are likely planning to give offerings to Yahweh. “Even though the temple itself was in ruins, the site was still considered holy.”[8]

Outraged, Johanan takes his army and marched out to find the evil Ishmael and engage him in battle. Reaching the great pool in Gideon, all the people taken prisoner by Ishmael join  with Johanan. Unfortunately, Ishmael an eight of his men escape, fleeing to the Ammonites. Leaving behind the drama, Johanan and all the “soldiers, women, children, and court officials” Ishmael had taken captive gather. They plan to head to Egypt, to escape. “The function of the assassination narrative is to set up the fateful choice that the remnant will make.”[9]

Judas, one of the twelve disciples of Jesus, betrays Him to authorities for thirty pieces of silver. As for the motivation of Judas, one can suppose evil ambitions or simple greed. Whatever his intention, Judas brings the authorities to the Gethsemane, as he knows this place to be somewhere Jesus and the disciples frequently gather. Usually a quiet place for prayer and reflection, Gethsemane becomes a place of betrayal.

Betrayal robs more than loyalty; it robs the soul. As life hurries along, sometimes it is easier to be lost in a moment, enticed with the crowd, and controlled by the money, safer than admitting weakness, confessing insecurity, or expressing need. Jesus, when I forget Your goodness and ignore Your peace, when I hurry pass Your joy and overlook Your Grace, I betray You again and again. You give a greater grace.

When chaos interrupts us, when betrayal weakens us, when uncertainty pauses us – we question life: what do we do, where do we go, how do we move forward? The better solution might not come in the form of a question, rather it is the “Who” we seek. Just seek God!

Remember: God is our Help, God is our Keeper, God is our Protector. Remember God, who always goes before us also walks beside us, comforts us, weeps with us. Read Psalm 121 and ponder Who God is for us!

[2] Chabad.org, Gedaliah; The Fast of Gedaliah