The Way We Should Go 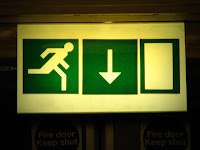 King Josiah of Judah dies at the Battle of Megiddo in 609 BC, while fighting against Pharaoh Neco of Egypt. Egypt soon finds themselves in a power struggle with Babylon. Before Nebuchadnezzar captures Jerusalem, King Zedekiah tries to negotiate help from Egypt. In Jeremiah 37 Pharaoh Hophra’s army attempts to come to Jerusalem, even though Jeremiah discourages Zedekiah from making an alliance with Egypt. The Babylonian army sends the Egyptians home defeated. When Jerusalem falls to Babylon, those poorest remaining Jews are sent to Mizpah and find themselves struggling with loyalty between Babylon and Egypt.

Egypt’s ancient history is long and full of influence and wealth. Found in the fertile soil along the Nile River, Egypt is known for its agriculture and cultivates a legacy in engineering, building, mathematics, and literature. The era of 1549-1069 BC marks Egypt’s more prosperous era, both in wealth and military power. As the Assyrians rise to power and after they conquer Israel/Northern Kingdom (721 BC), Assyria occupies Memphis in Egypt. After some attempts in battle with the Persians in 5th Century BC fail, Egypt is never able to defeat them.

Egypt does not seem to be God’s plan for Israel. The Hebrew people are rescued after 400 years of Egyptian slavery some 900 years before this. Old habits may be hard to break. Abraham flees to Egypt during a famine, in disobedience. After God frees the Israelites, they whine to Moses how they would rather go back to Egypt. “During the final years of the kingdom of Judah, there was a strong pro-Egyptian party in the government, because Egypt seemed to be the closest and strongest ally.”[1] In less than twenty years after the fall of Judah, Nebuchadnezzar enters Egypt (568-567BC). God chooses the best for His people.

“For almost 30 centuries—from its unification around 3100 B.C. to its conquest by Alexander the Great in 332 B.C.—ancient Egypt was the preeminent civilization in the Mediterranean world.”[2] From Alexander the Great to Cleopatra to the Roman Empire, many changes occur over these thousands of years. Today, Islam is the dominate culture and religion.

Johanan and other leadership consider their destiny, and ask Jeremiah for advice and suggesting a desire to follow what God says. “The LORD be a true and faithful witness between us.” We will obey. Jeremiah seeks God’s will and waits for ten days (v7).

God says stay in Judah, and do not fear the Babylonians. If you remain in the land, God will build you up and plant you. “For I relent concerning the disaster. Do not be afraid… for I am with you, to save and deliver you.” (v10-12) Or, if you leave in disobedience, if you go to Egypt, you will find war and famine and pandemic. These are the consequences of disobedience, famine in Egypt and death to all who go. All will perish. God’s promises and consequences of disobedience are clear.

“O remnant of Judah, do not go to Egypt.” Pleadings from God’s will go ignored. Jeremiah says they are hypocrites, saying to ask God and we will obey, but their hearts are not really wanting to obey. If you go to Egypt, you will die!

Today you are about to cross the Jordan River to occupy the land belonging to nations much greater and more powerful than you. . . I will say it again: The LORD your God is not giving you this good land because you are righteous, for you are not - you are a stubborn people.

The Promised Land lay before the Israelites but to enter would require obedience. Once before they stood on the threshold of this God-offered possibility, but refused to go forward. Andrew Murray writes, “The land of promise that has been set before us is the blessed life of obedience. We have heard God's call to us to go out and to dwell there . . . We have heard the promise of Christ to bring us there and to give us possession of the land. . . But do we desire that all our life and work be lifted to the level of a holy and joyful obedience?”[3]


A desire to be obedient is not the same as being obedient. Murray continues with this response to how we must embrace obedience, “It can only be reached by an inflow of the power of the Holy Spirit. By a faith that grasps a new vision and lays hold of the powers. . . which are secured to us in Christ.”[4] How does Abraham respond when God first gives the promise? By faith Abraham obeyed . . . And he went out, not knowing where he was going. (Hebrews 11:8). Through faith, we find obedience that grasps a new vision. Our ability to be obedient comes from Christ, the Bread of Life.


Lord, You call us to new hope within a world of old doubt. You offer the Bread of Life to a starving people. You secure our faith through the living Christ. And what do You ask of us? To love You with obedient hearts. Forgive our greed for the land of promise held tightly by selfish desires. Open our hearts, reveal our stubbornness, so we can embrace the blessed life of obedience. Amen.

Chapter 42 suggests these “leftover” ones from Judah want God’s guidance but do not truly want to be illuminated by God’s vision for them. So often we are just like them.

Do you go to God with your own agenda? How often do we ‘ask’ God as we offer our own answers?

How open am I to God’s vision? What if it is different than what I want?