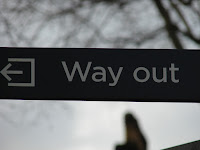 Eugene Peterson writes, “In chapters 37-39 decisive historical events were taking place. World history was being shaped.”[1] In between armies and invasions, politics and prophecies, the Hebrew people and the culture they know are changing in radical ways. “Powerful theological realities were emerging, too.”[2] Religious obedience of the once faithful now disregard Yahweh, and the burdens of everyday life overwhelm the people. Drastic, radical change is happening.

World powers are rising and falling. Assyria rises to conquer the Northern Kingdom (721 BC), but slightly more than one hundred years later falls as Egypt and Babylon rise to great power. Despite Judah’s failed attempts to form an alliance with Egypt, Judah, too, will fall. Babylon is rising and will become the greatest world power, for a season! Drastic, radical change is happening!

Inadequate leadership riddles Judah, but the greater failure rests in the unrepentant hearts of her people. Their failure to recognize God, their denial of God, their in-your-face worship of false gods brings final judgement. Babylon, the greatest threat and most destructive enemy, becomes God’s tool for punishing the wickedness of Judah. The social and economic decline further fragments the nation. This dark period of spiritual retreat fro God brings the nation immense loss. From exile to restoration of their God-given homeland, Hope never leaves, rather, Hope waits, waits while His people doubt, struggle, fail, adjust, recover, resume, and find spiritual restoration. Drastic, radical transformation is coming!

Keeping in mind that the texts of Jeremiah often retell events, eighteen years have passed since the events of Chapter 36, and Chapters 37-45 comprise the recorded events of “the final days of Jeremiah” before the fall of Jerusalem and “the event after resulting from the fall.”[3] Words of hope fade as judgment becomes more evident. “Chapters 37-39 treat events that lead up to the fall of Jerusalem.”[4] As chapter 37 opens, Zedekiah, twenty-one year old son of Josiah, has been selected as a vassal king by Nebuchadnezzar of Babylon. None in official roles pays “any attention to the words of Yahweh spoken through Jeremiah the prophet.” (v2)

In 588 BC, Pharaoh Hophra leads the Egyptian army into Palestine, and Nebuchadnezzar temporarily leaves Jerusalem (v5). King Zedekiah wants Jeremiah to pray on the behalf of Judah. The response to Zedekiah about the Chaldeans (Babylonian Army) is that they will return, and even if the “entire army of Chaldeans” are defeated by you, their “wounded men left” will “rise up and burn this city with fire.” There is no way out!

Since the Chaldeans left, Jeremiah plans a trip to Anathoth to “take possession of some property”. As he approaches the Gate of Benjamin, “a captain of the guard” named Irijah arrests Jeremiah, suggesting he is defecting to the Chaldeans. Jeremiah denies this, but his efforts go ignored. Taken to the officials, who are angry with Jeremiah, they beat him and “put him in jail” in the house of Jonathan the Scribe. Jeremiah is put “into a dungeon” and remains there many days. This dungeon is most likely a cistern. Zedekiah “secretly” asks Jeremiah if the LORD has a word for him. Bad news comes, “you will be given into the hand of the king of Babylon”.

Jeremiah pleads for release from prison at the house of Jonathan. Zedekiah agrees and moves Jeremiah to the “court of the guard house” then provides him a loaf of bread every day until there is no bread left in Jerusalem. Judgment is still coming!

From the beginning, humanity, created in God's image, chooses knowledge over faith, evil over good and experiences the consequences of disobedience and darkness over the blessings of obedience and light. Today people still find themselves standing outside the Garden looking at the guarded gates in desperation. Choosing to do good for it's rewards competes with avoiding evil for fear of punishment. Separated from God, imperfection creates boundaries, yet choice remains.


The world around us seems limitless, but it is restricted by many boundaries. In this world, our limitations are evidenced by time, resources, geography, education, race, gender, and social status. We are constrained by imperfections that produce fear, hate, greed, poverty, and loneliness. The only boundary-buster is True Perfection - Christ with infinite grace and limitless love. Only in Christ can one experience Perfect Love - holy and divine, heart transforming, unity building, eternal friendship. Only through Christ are fallen, flawed and finite people able to love other imperfect people with grace and healing, both now and infinitely!

Unity with God brings spiritual reconciliation which transcends boundaries. Richard Foster, a 21st century theologian, offers, "To our astonishment we find that we are walking with God, His thoughts becoming our thoughts, His desires becoming our desires."

“If we are halfhearted in our desire to hear from God, we will be unprepared to respond to what He says. God’s word to us is not always what we want to hear, but it is always what we need to know. We are wise to obey whatever God says, regardless of what others think.”[5]