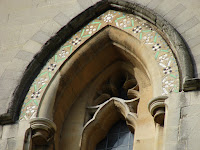 Ancient scrolls, written on rolls of papyrus (paper) or treated leather used for writing, are used by scribes to record important documents, laws, and customs, and Biblical books. During the 11th and 10th centuries BC, the actual writer of scrolls, “The scribe was a high cabinet officer concerned with finance, policy, and administration (2 Kings 22; Jeremiah 36:10).”[1] Working with Jeremiah, Baruch is the scribe who pens God’s prophecy to Judah. “In the New Testament the scribes appear alone occasionally and along with other Jewish groups often.”[2]  There are multiple references to scroll writing throughout Scripture.

Remember the days of Josiah, the king of the southern Kingdom who brings spiritual renewal for Judah, and the Book of the Law is rediscovered in the Temple. Clearly, these words from God had not been currently read. In 2 Kings 23:2-3, Josiah gathers all the leaders of Judah and the prophets and all the people at the Temple, then he reads the “entire Book of the Covenant that has been found in the LORD’s Temple.” The finding of the scroll by Hilkiah, the priest, becomes a new opportunity to hear God’s words and understand His promises. Despite Josiah’s efforts, this is too little too late to prevent captivity.

The Dead Sea Scrolls (DSS), discovered in caves along the shore of the Dead Sea between 1949-1960, include fragments and scrolls of “medieval copies of Qumran texts found in the Cairo, Egypt, Genigah”.[3] Within the eleven caves, various examples of texts include “two copies of Isaiah, one complete and one fragmentary”, miscellaneous texts such as “Thanksgiving hymns”, a “manual of discipline”, a “commentary on Habakkuk, and fragments of seventy-two other texts.”[4] Hundreds of Biblical texts and some fragments have been reconstructed by scholars.

In 1979, Israeli archaeologist, Gabriel Barak’s, discovers what some call one of the greatest discoveries of the First Temple Period (Solomon – 586 BC). In a cave at Ketef Hinnom, a hillside southwest the Old City of Jerusalem, two small silver amulets (scrolls) are excavated. These two silver scrolls are “inscribed with Hebrew letters, one with the [priestly]benediction found in Numbers 6:24-26. Not only do they include the divine name Yahweh, but they also represent the earliest biblical text (ca. seventh century BC) found so far with an almost identical textual reading to the biblical text we have today.”[5] Dated some 4oo years before the DSS are penned, these are the oldest currently known surviving texts of the Hebrew Bible.

The LORD bless you and keep you; the LORD make His face to shine upon your and be gracious to you; The LORD lift up His countenance upon you and give you peace. Numbers 6:24-26

The setting of Chapter 36 is during the fourth year of Jehoikim’s reign (609-598). Historians record the first group of exiles leaving for Babylonia after Nebuchadnezzar’s first battle with Judah in 605 BC. Around this time, Jeremiah is commanded by Yahweh, “Take a scroll of a book and write on it all the words that I have spoken to you against Israel, against Judah, and against all the nations, from the day I spoke to you, form the days of Josiah even to this day.” (v 2) The directions are very specific, and the purpose is to remind them of their wicked ways and what will happen if disobedience remains.

“Jeremiah had been in ministry for twenty-three years, and not God commanded him to write His messages on a scroll so they would be permanent and could be read by others.”[6] God uses individuals to help proclaim His message. Dictating to Baruch, the scribe, Yahweh’s words are written. Jeremiah is “restricted” and cannot go into the Temple so Baruch takes the scroll and reads to the people. It is possible that this “day of fasting” could be related to a crisis, perhaps even the Babylonian army’s increasing power.

Because of great interest by Micaiah, the grand son of Shaphan, the man who had read the newly found Book of the Law to King Josiah (2 Kings 22). Baruch then reads the scroll a second time to these royal officials. Also present is Gemariah, the son of Shaphan the scribe, and father of Micaiah. They recognize the danger coming from God’s judgment and tell Jeremiah and Baruch to hide.

The third reading of the scroll comes when the officials bring it to the palace. It is read before King Jehoiakim and all the princes. The king takes the scroll, cuts it into pieces, and throws it into his fire, burning it entirely even though the officials beg him to stop. Elnathan, one of the official’s present, is “the father of Nehushta, the mother of King Jehoiakim.”[7]  A “scribe’s knife” is what at scribe uses “to sharpen the reed pens.”[8] All the protests go unnoticed.

God’s response to the king’s actions is simple, write it again. Take a new scroll and write “all the former words” from the first scroll and add some more to include Jehoiakim’s destiny. “When he wrote the second scroll, He added other material (36:32). The first 45 chapters of the book of Jeremiah focuses primarily on Israel and Judah, while chapters 46-51 deal with the other nations in the Near East.”[9] In an article written in 2004 about the two silver scrolls discovered by Barak in 1979, 21st century scholars confirm the scrolls are “indeed from the period just before the destruction of Jerusalem in 586 BC by Nebuchadnezzar and subsequent exile of Israelites to Babylonia.”[10] Etched into silver for future generations, this is the indestructible and enduring Word of God.

All Scripture is God-breathed and is useful for teaching, rebuking, correcting and training in righteousness. 2 Timothy 3:16

Christians believe the Bible to be the inspired Word of God, the living Word of God. We also believe, “All Scripture is God-breathed.” Mark Batterson says the first language of God is Scripture. He reminds us the Bible is “composed by more than forty writers over fifteen centuries in three languages on three continents.”[11] These myriad of authors are “farmers and fishermen and kings” and “poets and prophets, and prisoners of war.”[12]

The prophet Jeremiah writes, “Your words were found, and I ate them, and Your words became to me a joy and the delight of my heart, for I am called by Your name, O LORD, God of hosts. (Jeremiah 15:16 ESV) Batterson talks about consuming and savoring and digesting the Word of God. “The Bible comes alive only when we actively obey it.”[13] Obedience becomes our living out the Scriptures. This is spiritual transformation.

When I read the ancient words composed centuries ago, they still touch my soul, enrich my living, convict my spirit, encourage my journey. The Holy Bible is composed of words, inspired by God, and the revelation of The Word sent by God. These promises of God belong to each believer. Even though God is greater than any questions or doubts we can have, we will never be great enough to understand all of God’s answers. Through His Word, God whispers to our hungry, weary souls and our eager, longing hearts. God whispers joy and love as He celebrates with us. God whispers eternal Hope to all who listen.

Eugene Peterson writes about this chapter in The Message notes, “Wanting to maintain control over our lives… we chop the Word of God into little pieces so that we can better control it.”

Peterson goes on to remind, “Scripture can be burned, but God’s Word cannot be destroyed.”