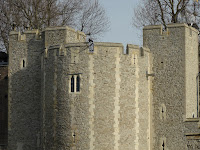 “The semiarid climate of the Mediterranean basin made water acquisition and storage a critical issue.”[1] Similar to wells, cisterns are large container carved out of limestone bedrock that collect water runoff. The shape has a more narrow top, to prevent evaporation. “The entire interior is coated with plaster so that every drop of water is preserved.”[2] When cisterns are dry, even though the bottom would have some muddy settlement, in ancient times they are used as prisons.

In Biblical times, the word dungeon often refers to a pit or deep cell or cistern, which infers a “more severe place of punishment.”[3] Confinement in a cistern without food or water would be a slow death.

The chapter opens with unfamiliar names of four officials that are hearing Jeremiah’s words. “Shaphatiah and Gedaliah are not known to us from other texts, but Jehucal and Pashhur are (37:3, 21:1). These men seem to be a part of the pro-Egyptian party in Judah, which is no doubt tearing Zedekiah’s cabinet apart in its conflicting advice.”[4] God’s message goes something like this: Stay in the city, if you choose, and die either by war, starvation, or pandemic, Or, if you choose to leave and go to Babylon, you will save yourselves and live. Essentially, to save your life will become “a prize of war”.[5] Jerusalem will fall to Nebuchadnezzar, and he will be the winner of this war. Of course, as usual, the officials advise the king to do away with Jeremiah the prophet, as his answers are just doom and gloom. In fact, he is “discouraging the men of war who are left in this city and all the people.” (v4) King Zedekiah said, “Behold, he is in your hands” because I am tired of you all. (v5)

Jeremiah is cast into the cistern of Malchijah the king’s son, which is in the courtyard of the guardhouse. Let down by ropes, Jeremiah sinks into the residual silt at the bottom of the empty cistern. Here we meet Ebed-melech, an Ethiopian eunuch and “high-ranking African official”[6] who works in the royal palace. Defending Jeremiah’s safety and pleading for Jeremiah’s life, he asks the king for help. Zedekiah sends him and thirty men to rescue Jeremiah out of the cistern “before he dies”. (v10)

They save Jeremiah, and he remains in the court of the guardhouse. Zedekiah then calls for Jeremiah “to be brought to the third entrance of the temple of Yahweh” and asks him for the truth. (v14) Kaiser writes, “The location of this third entrance to the temple of Yahweh is unknown” but may be a “covered walkway used exclusively by royalty”.[7] This would provide a safe and secure meeting place. Jeremiah’s narrative continues to be the same. Zedekiah expresses his fear “of the Judeans who have gone over to the Chaldeans.” (v19) Pleading to listen to God’s voice, Jeremiah tries to explain the severe consequence of not complying. Forget the ones already gone; think about the women and children still here. Jeremiah gives vivid descriptions of what will happen to the women of the royal court and reminds how they will become property of the King of Babylon.

With fear of retaliation, Zedekiah demands that Jeremiah keep their conversation confidential. Jeremiah honors the King’s request, replying only that he had been pleading his own case before the King. Here, Jeremiah remains until the day Jerusalem  is captured.

Possibly Chapter 38 gives us a more detailed account of the events in Chapter 37 or another event. Some scholars believe the chronology of events “is clearly not the central purpose of these chapters.”[8] Even though Jeremiah is “confined in the courtyard of the guard, he was allowed to have visitors and to speak freely to them.”[9] Recognizing even in prison, Jeremiah continues to share the message of Yahweh. God provides for Jeremiah by sending Ebed-melech, an often-overlooked Old Testament hero of true courage and character, a person God inspires to help his faithful prophet, Jeremiah. ”Jeremiah later had the privilege of informing his Ethiopian rescuer that God would keep him safe during the fall and destruction of Jerusalem. (39:18)”[10] Fear of the people creates an impotence of leadership for King Zedekiah, who remains uncommitted and ineffectual. Jeremiah is now in his 40th year of ministry and brings the same message. God is not changing His plan.

In John 18:33-38, Pilate, the governor of Jerusalem, finds himself face to face with Jesus, face to face with Truth. Pilate asks, "What is truth?" His rhetorical cynicism does not investigate truth or even debate truth; rather, like the philosophy of the culture of Rome, Pilate suggests there is no real truth. The answer to Pilate's question sits right in front of him but goes unrecognized.

After looking at a variety of Scripture in a search for "truth", these are the truths Christians embrace: God's word is truth. Christ is truth. Scripture testifies to truth, as does the Father. Jesus is The Truth. The Helper, the Holy Spirit is the Spirit of Truth. Christ, called Faithful and True, will come again. Pope Francis writes, "Faith without truth is an illusion; truth without love is cold." Faith is believing God is Sovereign. Faith is believing the Gospel of Jesus is Grace. Faith is empty without truth!

In Matthew 27:22-24, when Pilate sees that his efforts to free an innocent Jesus are “accomplishing nothing, but rather a riot was starting,” he decides to no longer be involved, to let the people choose. This fear of political suicide, this anxiety of rejection or rebellion by the people, is like Zedekiah in the Chapter 38 of Jeremiah. Neither leader seeks the truth or stands for the truth. Less than 650 years before Pilate and fearing retaliation, Zedekiah says, “Behold, [Jeremiah] is in your hands” because I am tired of you all. (Jeremiah 38:5) . Zedekiah’s failure to act rests on the precipice of Jerusalem’s fall, the temple’s destruction, and complete exile for the Hebrew people to Babylon in 586 BC.

Pontius Pilate would soon use his authority to condemn Jesus to the cross. Within less than 40 years, Rome would destroy the temple in Jerusalem. By the end of the first century AD, the Christian church will endure great turmoil and resistance. All the disciples except John will be martyred; yet, despite persecution, faithful believers will continue to spread the Good News. Before the end of the second century, the power of Rome will be threatened by many invasions and civil war, and the third century will be marked with countless wars. In 476 AD, the reign of the last Roman emperor marks the end of Roman rule and the beginning of the Middle Ages. History continues.