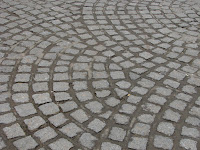 Called the Holy City and the City of David, Jerusalem rests in the mountainous region of Judah between the Mediterranean Sea and the Dead Sea. Considered one of the oldest cities in the world, Jerusalem is holy to three major religions: Judaism, Christianity, and Islam, all having root in Abraham’s ancestry. God plans for Jerusalem to be a city of righteousness but many times over it becomes a city of oppression.

Jerusalem becomes the Capital City of the Kingdom of Israel and residence of the King of Israel when David reigns. The initial inhabitants, the Jebusites, are defeated, and David captures Zion, calling it the City of David. (1 Chronicles 11:4-9) When Solomon, David’s son, is king, he would build a Temple for the Lord, which is estimated to be around 1010 BC. Soon Jerusalem becomes the central city, a place for religious festivals, a place for governmental affairs. At the end of Solomon’s reign, the kingdom divides into the Northern and Southern kingdoms. Jerusalem become the hub of the tribes of Benjamin and Judah. In 586 BC, Jerusalem is conquered, destroyed, and burned by Nebuchadnezzar, the King of Babylon.

Jerusalem, known as Yerushalayim in Hebrew, is traditionally called the city of peace. Jeremiah 6:16 God says, “Stand at the crossroads and look; ask about the ancient paths. Which one is the good way? Take it, and you will find rest for your souls.” Jeremiah brings a prophecy that a great army will destroy Jerusalem unless they turn from their wicked ways. This truth evolves, and ultimately the Hebrew people are exiled to Babylon for 70 years. Then, Jerusalem begins a period of restoration. Old Testament books Ezra and Nehemiah tell of the rebuilding of Jerusalem – the walls, the city, the Temple. From 536 BC until 70 AD, Jerusalem thrives but remains under foreign rulers, like the Persians, Greeks, and Romans. The Romans destroy and burn the city, for a second time, in 70 AD.

Today, Jerusalem, after centuries of excavations of many religious sites, hosts tourists from around the world. The lines of today’s city and the ancient city vary. Only a portion of the ancient Temple’s Western Wall remains, a sacred place of prayer and meditation. Since the Arab-Israelite War in 1948, Jerusalem has been divided into West Jerusalem and East Jerusalem. Beginning in 1967, the ancient city of Jerusalem is officially called the capital of the state of Israel. Definitive boundaries remain in dispute between East and West Jerusalem, between Palestine and Israel. Jerusalem, destroyed twice and enduring multiple attacks and battles, still stands after some 5,000 years. With a population just under a million, it remains a city of diversity, historical significance, and religious importance.

“Now when Jerusalem was captured in the ninth year of Zedekiah king of Judah, in the tenth month, Nebuchadnezzar king of Babylon and all his army came to Jerusalem and laid siege to it; in the eleventh year of Zedekiah, in the fourth month, in the ninth day of the month, the city wall was breached.” This opening verse for Chapter 39 is our setting and timeline for the fall of the city. For 40 years, Jeremiah’s prophecy predicts this event, and now the truth arrives.

Officials of Babylon arrive, and Zedekiah and all his men flee, leaving the city at night, heading to Arabah, a “desert valley running south from the Sea of Galilee.”[1] However, in the plains of Jericho, Zedekiah is captured and brought to Nebuchadnezzar. Zedekiah’s sons are killed before his eyes. Nebuchadnezzar also slaughters “all the nobles of Judah”. (V6) Blinded and bound in bronze chains, Zedekiah is taken to Babylon.

Burning the palace and the houses of Jerusalem, the Chaldeans break down the city walls. Nebuzaradan, “commander of the imperial guard”,[2] leads the remaining Hebrew people “into exile in Babylon” (v 9). The poorest people, those who had nothing to give are left behind in Judah. “The poorer, unskilled people were left to till the land. After all, somebody had to feed the soldiers who were left behind.”[3] With its walls broken down, the city lays exposed to any threat without defense. “Babylon has a shrewd foreign policy toward conquered lands. They deported the rich and powerful, leaving only the very poor in charge, making them grateful to their captors.”[4]

Regarding Jeremiah, orders to Nebuzaradan are to protect him. The leading officers of Nebuchadnezzar take Jeremiah out of the courtyard prison and charge Gedaliah, an official of Zedekiah that Nebuchadnezzar named governor, to take him to the governor’s residence.

Chapter 39 ends with an account of God’s message to Jeremiah that confirms disaster for Jerusalem, but promises to rescue Ebed-melech, the Ethiopian that had helped Jeremiah, “because you have trusted in Me.” Appearing to be out of sequence, this information is likely rearranged as the “editor may have wanted to show God could allow the enemy to destroy Jerusalem and torture the king because of Judah’s disobedience, yet He could spare Jeremiah and Ebed-melech because of their trust in Him.”[5] God is sovereign!

The fall of Jerusalem does not happen because God cannot protect it. The prophet Jeremiah’s pleas for the people to return to God have been long rejected. The prophet Ezekiel (10:18-19, 11:23) records “visions that the glory of God had departed from the temple and was no longer protecting the city.”[6] Babylon conquers Judah after God leaves Jerusalem.

Reflection – The Goodness of God

September is Childhood Cancer Awareness month. Ten years ago, our family prayed its way through a journey of brain cancer, surgery and radiation; we asked God to heal, to strengthen, to comfort Thomas, my nephew then 9 years old. Our prayers and the countless prayers of family and friends and friends of friends also asked for encouragement and energy, for patience and peace, for calm and courage. Holy praises were offered to the Lord for joy in simple things, for small victories, and for laughter. We had not asked God like Moses, "Now show us Your Glory", but He did! God's great goodness passed in front of us! His Glory evidenced in moments and minutes and memories of His never-failing Presence during the journey.

The question of why suffering exists and who is healed or not healed will never be adequately explained or understood by earthly minds. Soon after the beginning, human weakness invited sin to stand between mankind and God. Only through Christ can we ever find a way back into a relationship with God. Even then, we will wrestle with uncertainty and chaos and questions. However, when Christ returns for His people, Certainty and Peace and Truth will reign. For now, we can find this possibility within the heavenly realms, in God, the Creator himself who has all authority. Not bound by time or distance or circumstance, God constantly remains omnipotent, omnipresent, and omniscient. God's ways will always exceed my understanding.

God is where goodness begins! Still, we struggle with evil vs. good, wickedness vs. goodness.